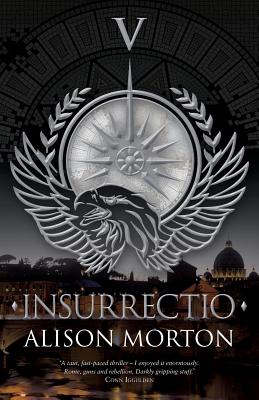 By Alison Morton
Email or call for price.
Special Order

'The second fall of Rome?' Aurelia Mitela, ex-Praetorian and imperial councillor in Roma Nova, scoffs at her intelligence chief when he throws a red file on her desk. But 1980s Roma Nova, the last province of the Roman Empire that has survived into the twentieth century, has problems - a ruler frightened of governing, a centuries-old bureaucracy creaking for reform and, worst of all, a rising nationalist movement with a charismatic leader. Horrified when her daughter is brutally attacked in a demonstration turned riot, Aurelia tries to rally resistance to the growing fear and instability. But it may already be too late to save Roma Nova from meltdown and herself from entrapment and destruction by her lifelong enemy...