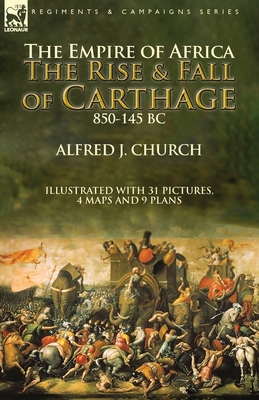 The great struggle for imperial dominance in the ancient world

Although this history of Carthage covers events from the earliest days of that state, the text concentrates particularly on the period from 550 BC until the fall of the city after a three year siege to Roman forces under Scipio Aemilianus in the Third Punic War in 146 BC. This period in the Mediterranean ancient world was dominated by the rivalry between Carthage and Rome which was inevitably moving towards the total destruction of one of the protagonists. Church's book is an excellent history that describes these conflicts in detail from the campaigns of Malchus and the Battle of Alalia through to the struggles in Sicily, Spain, Italy and Africa. Notable battles such as Crimessus, Trasumennus, Cannae, Zama and many others are described together with accounts of the famous generals of both armies. This Leonaur edition is profusely illustrated with line drawings, maps and plans to support the text.

Leonaur editions are newly typeset and are not facsimiles; each title is available in softcover and hardback with dustjacket.