Septimius Severus in Scotland: The Northern Campaigns of the First Hammer of the Scots (Paperback) 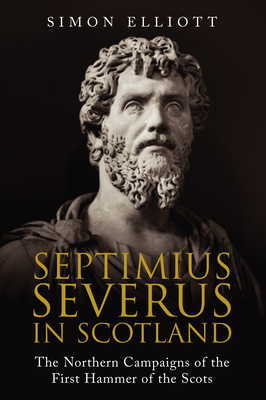 First book covering Severus' Scottish campaigns, AD 208-210, providing a biographical and psychological portrait of Severus, who came to dominate the Roman world around the turn of the 2nd/3rd centuries AD, from his early life in North Africa to his last campaign.

Since 1975 much new archaeological evidence has come to light to illuminate the immense undertaking of Septimius Severus' campaigns in Scotland, allowing for the first time the true story of this savage invasion to be told. In the early 3rd century Severus, the aging Roman emperor, launched an immense 'shock and awe' assault on Scotland that was so savage it resulted in eighty years of peace at Rome's most troublesome border. The book shows how his force of 50,000 troops, supported by the fleet, hacked their way through the Maeatae around the former Antonine Wall and then pressed on into Caledonian territory up to the Moray Firth. Severus was the first of the great reforming emperors of the Roman military, and his reforms are explained in the context of how he concentrated power around the imperial throne. There is also an in-depth look at the political, economic and social developments that occurred in the Province. This book is aimed at all who have an interest in both military and Roman history. It will particularly appeal to those who are keen to learn more about the narrative of Rome's military presence in Britain, and especially the great campaigns of which Severus' assault on Scotland is the best example.