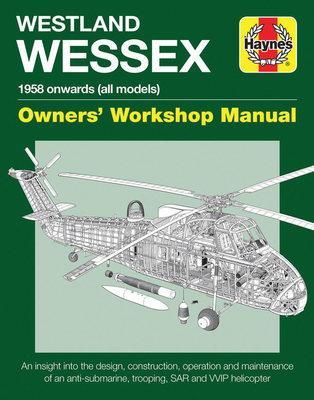 With a full and active service life of more than 40 years with the Royal Navy and the RAF, the Westland Wessex was one of the most versatile helicopters of the Cold War era. As a British-built turbine-powered development of the American Sikorsky H-34, the Westland Wessex was developed and produced under license by Westland Aircraft (later Westland Helicopters). One of the main differences from Sikorsky's H-34 was the replacement of the piston-engine power plant with a turboshaft engine. The Wessex was the first helicopter to be produced in large numbers that made use of a gas turbine engine. Early models were powered by a single Napier Gazelle engine, while later builds used a pair of Rolls-Royce Gnome engines.

Lee Howard AMRAeS is an aviation photographer and author of the Haynes Westland Sea King Manual and Westland Lynx Manual. Lee trained as a civilian helicopter engine and airframes engineer and has worked on a wide range of military helicopters. He lives in Somerset.