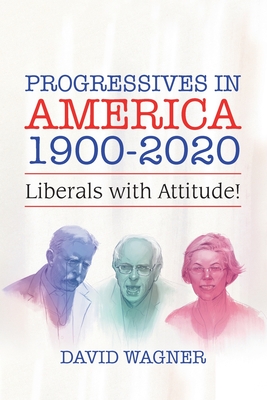 Progressives in America is both a historical and critical look of American progressivism. The recent emergence of several presidential candidates including Bernie Sanders and Elizabeth Warren who identify as progressives has provoked a new interest in this subject. Wagner compares the current progressives with the original Progressive movement of the first two decades of the century as well as other movements in the twentieth century including the Popular Front of the 1930s and 1940s. Although the movements are by no means identical, they do share strong continuities including commitment to liberal reformism, use of the state to create change, and reliance on electoral change rather than grass roots organizing. Despite fears of the political Right and hopes on the political Left, progressives are unlikely to make fundamental changes in the American political economy as the book explores.

David Wagner is a professor emeritus of sociology and social work at the University of Southern Maine. He is the author of eleven books including the C. Wright Mills award winner, Checkerboard Square: Culture and Resistance in a Homeless Community, the Northeast Popular Culture Award for The New Temperance: The American Obsession with Sin and Vice. He received the Outstanding Book award from Choice, the Library Association journal, for his book Confronting Homelessness. Dr. Wagner now resides in Long Beach, California with his wife Marcia and dog Winslow.