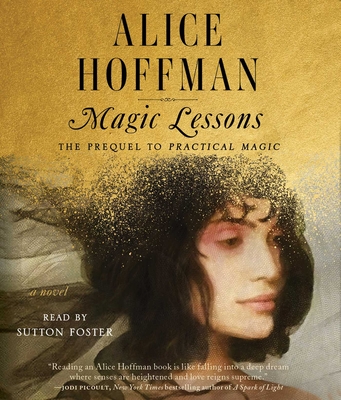 Alice Hoffman’s enchanting new novel tells the story of Maria Owens, born in 1664, matriarch of the magical Owens women, and her daughter, Faith, who has her mother’s gift but becomes haunted by dark thoughts of the man who abandoned them. It’s a world that is harsh and superstitious, yet love in its many forms is the thread that runs throughout. Beautifully written, this third book in the author’s “Magic” series will pull you into another world and not let you go.

“I so wanted to read this slowly and savor every page since this may be the last time we get to venture into this world of magic and the Owens family. But as if entranced by Alice Hoffman’s magic, the pages were turning faster and faster and I devoured this book in two sittings. No one tells a story like Alice Hoffman, and I only hope she finds a way to bring this magical family back to us again in the future. I simply loved this book. It’s everything you want from Alice Hoffman — a great story of love and magic!”
— Julie Slavinsky, Warwick's, La Jolla, CA

In an unforgettable novel that traces a centuries-old curse to its source, beloved author Alice Hoffman unveils the story of Maria Owens, accused of witchcraft in Salem, and matriarch of a line of the amazing Owens women and men featured in Practical Magic and The Rules of Magic.

Where does the story of the Owens bloodline begin? With Maria Owens, in the 1600s, when she’s abandoned in a snowy field in rural England as a baby. Under the care of Hannah Owens, Maria learns about the “Unnamed Arts.” Hannah recognizes that Maria has a gift and she teaches the girl all she knows. It is here that she learns her first important lesson: Always love someone who will love you back.

When Maria is abandoned by the man who has declared his love for her, she follows him to Salem, Massachusetts. Here she invokes the curse that will haunt her family. And it’s here that she learns the rules of magic and the lesson that she will carry with her for the rest of her life. Love is the only thing that matters.

Magic Lessons is a celebration of life and love and a showcase of Alice Hoffman’s masterful storytelling.

Alice Hoffman is the author of more than thirty works of fiction, including Magic Lessons, The World That We Knew, Practical Magic, The Rules of Magic, the Oprah’s Book Club selection Here on Earth, The Red Garden, The Dovekeepers, The Museum of Extraordinary Things, The Marriage of Opposites, and Faithful. She lives near Boston.

"Tony Award winner Sutton Foster narrates the prequel to PRACTICAL MAGIC. In 1664, Hannah Owens takes in baby Maria and teaches her the craft. Maria grows up and falls in love but is abandoned. She follows the object of her affection to Salem, Massachusetts, where she invokes the curse that will affect generations, and, in the process, she learns the real rules of magic. Foster sings beautifully and keeps to a steady pace for the descriptive story. Her emphasis on the word 'blood' as a spell ingredient highlights its importance as compared to common items, which are read softly. Whispered pleas drive home the characters' desperation. The sweetly confident voice of a young witch contrasts with the dry, sardonic tone of the embittered but fair man assisting her in her journey."
— AudioFile Magazine