Kamala Harris: Quotes to Live by: A Life-Affirming Collection of More Than 150 Quotes (Hardcover) 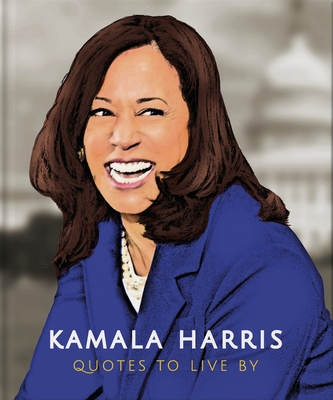 This is book number 10 in the Little Book Of... series.

Kamala Harris: Quotes to Live By is a life-affirming collection of over 150 quotes from one of the world's most admired, relevant and exciting public figures today.

As the daughter of immigrant parents from India and Jamaica, she rose to become district attorney of San Francisco, attorney general of California, United States senator and finally to achieve the pinnacle of all her firsts: the first female Black and Asian-American Vice President of the United States.

Throughout her distinguished career, she has been recognized for speaking the truth, standing up to the powerful, fighting against injustice and inequality and advocating for those who could not defend themselves. Her support for Black Lives Matter and women's rights, as well as healthcare and immigration, along with her courage and determination, has made her a powerful force in politics and on the world stage.