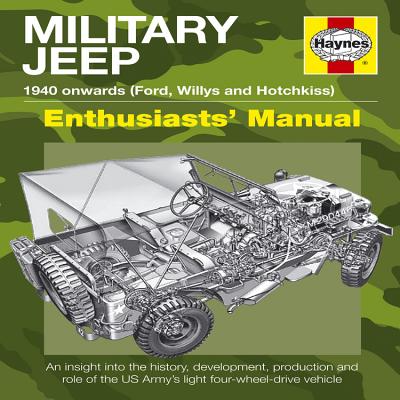 By Pat Ware
Email or call for price.
Out of Print

The Jeep was the primary light four-wheel-drive vehicle of the US Army and allies during the Second World War and the post-war period. It was originally designed to meet a 1940 US Army specification, and over 600,000 examples were built in both Ford and Willys forms. The Jeep saw service all over the world, and a healthy number of restored authentic military examples can still be seen today in the hands of enthusiasts. This book provides a brief history of this iconic vehicle, and a fascinating behind-the-scenes insight into what is involved in restoring, operating and maintaining a Jeep today, 70 years after the prototype first appeared.

Pat Ware is one of Britain's foremost authorities on military transport. He is a former Editor of Classic Military Vehicle magazine, and has written numerous books about military vehicles. He owns a Willys Jeep and has access to a number of restored Jeeps and models currently undergoing restoration.