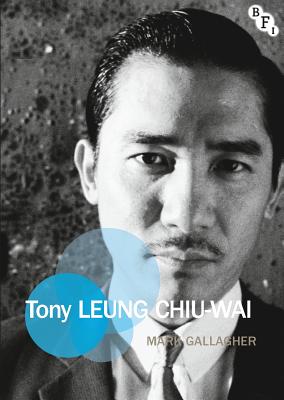 In exploring the exceptionally varied career of Tony Leung, one of greater China's most acclaimed contemporary film stars, Mark Gallagher examines the dissemination and reception of Chinese cinema and popular culture and illuminates the nature of contemporary Hong Kong, Chinese, pan-Asian and global stardom.

Mark Gallagher is Associate Professor of Film and Television Studies at the University of Nottingham. He is the co-editor, with Chi-Yun Shin, of East Asian Film Noir (I.B. Tauris, 2015) and author of Another Steven Soderbergh Experience: Authorship and Contemporary Hollywood (University of Texas Press, 2013) and Action Figures: Men, Action Films and Contemporary Adventure Narratives (Palgrave Macmillan, 2006). He has published extensively on US, East Asian and global film and television, particularly around screen masculinity, stardom and transnationalism.