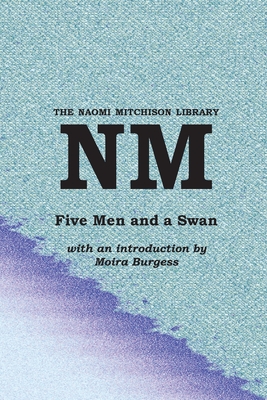 This collection, which Naomi Mitchison published in 1957, is recognisably a 'Carradale book', containing as it does vivid and realistic stories and poems of the landscape and the people. Mitchison had moved to the village in Kintyre, on the west coast of Scotland, some twenty years before and was still much involved in its affairs, supporting the fishing fleet and running her own small farm. Yet, as Moira Burgess suggests in her Introduction to this new edition, these thirteen stories and fourteen interspersed short poems and songs do not make a straightforward, celebratory, collection. The first five stories have historical settings in Caithness and Orkney, with the rest set in the contemporary West Highlands - some drawing on Highland myth and legend. And then, as Burgess writes, 'tucked modestly and apparently at random' is 'Five Men and a Swan' - 'a fine story, probably her best, a classic of Scottish literature'. Mitchison's years of intense involvement with the community were in fact drawing to an end. From the early 1960s onwards, she applied her energy and enthusiasm to the cause of the Bakgatla tribe in the newly independent country of Botswana. Her writing would turn to African themes, and, in 'a marvellous late flourish', to science fiction. Seen in this light, the book may be not so much a celebration as a coda to Mitchison's Carradale years.