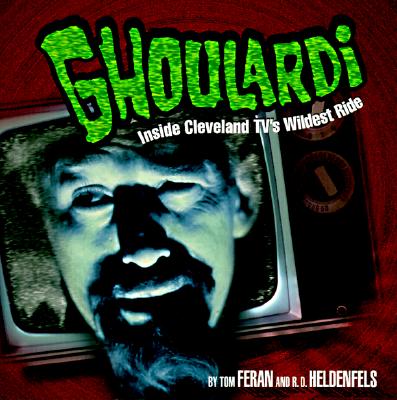 "Captures a hint of the mania that made Ghoulardi a Cleveland idol in a sleepy era before long hair, drugs, assassinations, war and protests." -- Columbus Dispatch

The definitive story of the outrageous Ghoulardi TV show and its unusual creator--on screen and behind the scenes, with rare photos, interviews, original scripts, and trivia.

Ernie Anderson shocked and delighted Northeast Ohio in the mid-1960s, when his Ghoulardi show was not to be missed on Friday nights. More than 30 years later, the Ghoulardi legend is still firmly rooted in the minds of the people who watched and in the pop culture of an entire city.

In early 1963, months before the Beatles arrived in America and years before Howard Stern hit the radio airwaves, Cleveland TV actor Ernie Anderson pioneered the modern counter-culture media celebrity. His offbeat late-night movie show was so popular locally that it got ratings higher than the Tonight Show, and the Cleveland police department reported a significant decrease in crime during its broadcast.

Ghoulardi captured the hearts and minds of Cleveland's first TV generation and inspired other creative talents, including Tim Conway and Drew Carey.