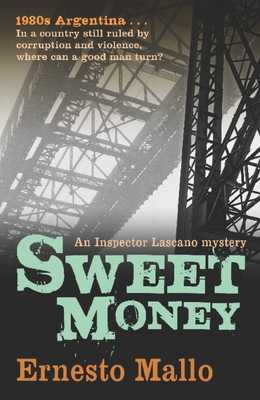 Praise for Ernesto Mallo's Needle in a Haystack:

"A vivid and compelling picture of a society riven by corruption, social breakdown, and casual brutality. A pacy, intense, and thought-provoking read."--Guardian

"A gritty, painful portrait of a dystopian culture spinning further and further out of control. A compelling, blood-stained document of tyranny and brutality told with skill and passion."--Crime Time

In the second book in the Superintendent Lascano series, Lascano is drawn into a war between the Buenos Aires chief of police and the Apostles, drug-dealing cops who want to control the city. When the chief of police is murdered, Lascano becomes the Apostles' next target. His only way out of the country is to retrieve the loot from a bungled bank robbery.

Ernesto Mallo paints a scathing portrait of Argentina, where the Junta's generals are paraded in court in civilian clothes and treated like mere petty thieves. Corruption and violence continue to rule, but at the center of the novel lies a touching portrayal of two broken men, a cop and a robber, whose humanity is sorely tested by the troubles racking their beloved country.

Born in 1948, Ernesto Mallo is a published essayist, newspaper columnist, and playwright. He is a former militant, pursued by the dictatorship as a member of the guerilla movement.

Ernesto Mallo: Born in 1948, Mallo is a published essayist, newspaper columnist, and playwright. He is a former militant, pursued by the dictatorship as a member of the Fuerzas Armadas Revolucionarias, which was later absorbed by the Montoneros guerilla movement. Needle in a Haystack is his first novel and the first in a trilogy with detective Lascano. The first two are being made into films in Argentina. Katherine Silver: Award winning translator from the Spanish, lives in California and has translated Emilio Calderon for Penguin, Jorge Franco for Farrar, Strauss, Giroux and Horacio Castellanos Moya for New Directions.