Hotel Brasil: The Mystery of the Severed Heads (Paperback) 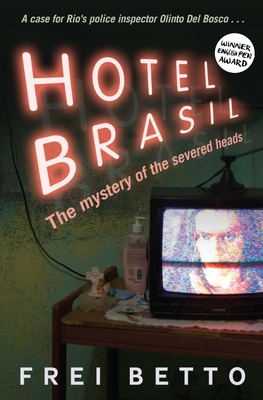 The setting for this witty and insightful debut crime novel is a Rio de Janeiro, Brazil, family hotel. Rio is the perfect backdrop with its history of military dictatorship, drug wars, child gangs, and violent policing tactics.

The decapitated body of a hotel resident is found. The eyes have been removed from the head, casually left on the floor of the room. The victim's eerie, frozen Mona Lisa smile seems to indicate that the murderer had been received as a friend.

According to the police, the victim was stabbed in the heart and died before the decapitation. As the investigation continues, with few leads or clues worth pursuing, other hotel clients are found dead; all decapitated, usually with the head found delicately balanced on their knees.

This classical crime novel provides an opportunity for Frei Betto (a Dominican friar, once a political prisoner, a union activist, and then an adviser to President Lula da Silva) to describe Brazilian society, especially those left at its edge, like Rio's favela children, abused, hunted-down, but also addicted to drugs and violent crime.

The book tells the fascinating back stories of the hotel residents, suspects, and eventual victims, such as the maid who dreams of making it in television soaps, and the female pimp who has survived incestuous rape, while being faithful to a suspenseful intrigue that could have been thought up by Ruth Rendell.

Brazil will receive much attention as host of the 2014 Football World Cup and the 2016 Olympics.