Shiprocked: Life on the Waves with Radio Caroline (Paperback) 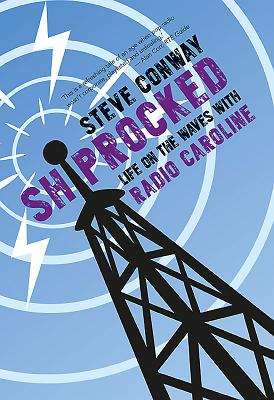 Radio Caroline was an iconic pirate radio station, immediately capturing the imagination of millions of people when it started broadcasting rabble-rousing, cutting-edge music to Britain and Ireland from international waters in 1964. When he first went out to the radio ship, the Ross Revenge, in December 1985, Steve Conway, a 21-year-old IT executive, was fulfilling his dream of working on Caroline. Despite his young age, he soon became a vital part of Caroline's renegade crew, broadcasting music and news programs, helping keep the vessel seaworthy during fierce storms, and making sure the station ran smoothly on a shoestring budget. He did this all despite staffing problems, technical crises and persistent harassment by the authorities. In this gripping memoir, Steve Conway tells of his time aboard the Ross Revenge: the excitement and danger of living on board the ship for long spells, the constant challenge of keeping complex electronic equipment working in occasionally treacherous conditions (including the collapse of the ship's main mast in November 1987), and the camaraderie of working alongside people who, like him, were completely committed to the radio station and its fiercely bohemian ideals. His wild and wonderful tale builds towards the sad demise of Radio Caroline as a ship-based station, recounting how he and his few remaining companions narrowly escaped drowning after the ship ran aground on the notorious Goodwin Sands in hurricane-force winds in November 1991. This is the true story of the boat that rocked .