Canadians on the Somme, 1916: The Neglected Campaign (Hardcover) 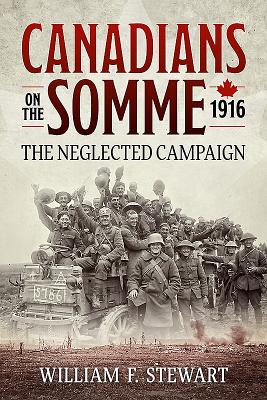 Ordered lines of heavily laden soldiers with rifles at 'high port' trudging through mud against uncut barbed wire under heavy machine gun fire is the enduring view of the Somme 1916. What makes Canada's Somme campaign so difficult to characterize was at times this was true, but so were times Canadians advanced at speed over dry ground through smashed German defenses. Over the course of 80 days, they encountered all types of weather, ground conditions, defenses, and defenders. They achieved stirring victories, and suffered staggering defeats. Thus, Canada's Somme experience was not a simple binary of either victory or defeat, but both and most combinations between. These battles do not lend themselves to grand narratives and sweeping accounts of triumph over great odds. This perspective contributes to the absence of detailed operational studies devoted to Canada's military contribution to the Somme campaign. Resulting in 24,029 casualties, the Somme was the second longest and costliest campaign of the Canadian Expeditionary Force. It represents a critical inflection point in the Dominion's conduct of the war as all spheres of its military effort were impacted by its effects. The corps, however, demonstrated sufficient potential that General Sir Douglas Haig assigned the Canadian Corps the crucial role of seizing Vimy Ridge during the next major British offensive. Nevertheless, Canada's campaign remains a neglected aspect of the Somme campaign with no study devoted to its course. This volume addresses this gap in the available literature by examining the Canadian experience at the operational and tactical level. Its primary focus is on how the Canadians fought and why they battled in the manner they did. Focusing on a single corps brings a perspective on aspects of the campaign that are washed out in the general narratives. This allows for a finer grain examination of diverse topics, such as operations, command and control, and tactics. The period the Canadians served also receives less coverage in general campaign accounts, and it witnessed a set of significant changes in operations as both sides adjusted their tactics. Illustrated with numerous maps and images in attached booklet.