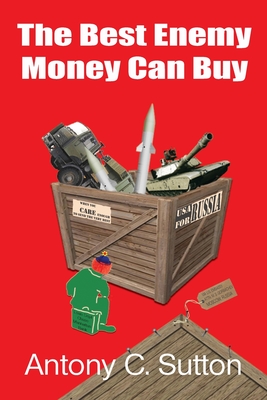 By Antony C. Sutton
Email or call for price.

With mountains of documentation, mostly from government and corporate sources, Sutton shows that Soviet military technology is heavily dependent on U.S. and allied gifts, "peaceful trade" and exchange programs. We've built for, sold or traded, or given outright to the Communists everything from copper wiring and military trucks to tank technology, missile guidance technology, computers - even the Space Shuttle. Peaceful trade is a myth ... to the Soviets all trade is strategic. The paradox is that we spend $300 billion a year on a defense against an enemy we created and continue to keep in business. The deaf mute blindmen, as Lenin called them, are the multi-national businessmen who see no further than the next contract, who have their plants defended by Marxist troops (in Angola); who knowingly sell technology that comes back to kill and maim Americans.