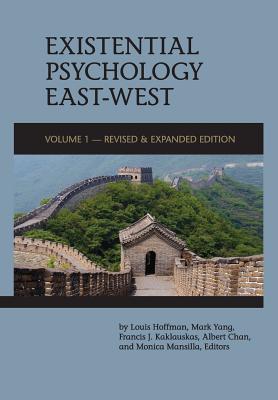 Existential Psychology East-Westis a collection of chapters exploring existential psychology in a cross-cultural context. The original version was published in preparation for the First International Conference on Existential Psychology held in Nanjing, China in 2010. This revised and expanded edition includes several updated chapters as well as four new chapters. The book consists of three sections. The first section provides an introduction to existential-humanistic psychotherapy along with a case illustration. Section two contains 13 chapters from Eastern and Western scholars exploring the theory of existential psychology. The third section contains 10 chapters building from Rollo May's work on myth. Each chapter explores the existential themes of a myth embedded within a particular cultural context. The book concludes with an Annotated Bibliography of important works in existential psychology. Existential Psychology East-Westis an important contribution to the field with many influential Eastern and Western scholars including Kirk Schneider, Xuefu Wang, Ilene Serlin, Mark Yang, Ed Mendelowitz, Heyong Shen, Erik Craig, Myrtle Heery, Alan G. Vaughan, Louis Hoffman, and Nathaniel Granger, Jr.