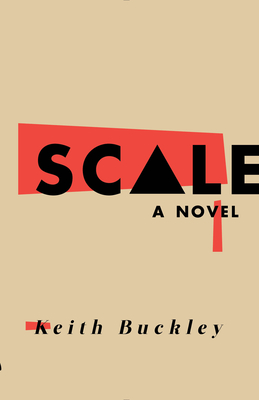 By Keith Buckley
Email or call for price.
Special Order

Keith Buckley is well known in the heavy metal and hardcore music community for his brash vocals and clever lyrics in his band Every Time I Die. Buckley, a former English teacher from Buffalo, took the same dark energy that fuels the heavy sound of Every Time I Die and with his tongue in cheek literary talent he turned it into his first novel, Scale, published by Rare Bird Books. Scale is Bukowski-esque in its subject matter and tone, and despite it being fiction, you can tell this novel is a brutally introspective look into the beautifully macabre side of independent music and the hardships of leading the life of a touring musician. Sprinkled with dark humor and poignant insights into the more complex impulses and secret workings of the human brain, Scale is both funny and heartbreaking. The brilliance with which Buckley weaves between the past and present makes for rich character development of Ray Goldman and those immediately around him and helps the reader drill deep into the mechanics of Goldman’s struggles with a life of fame and the struggle to remain pure in a world that is fueled by drugs, money and sex. There was no shortage of philosophical and metaphysical points made throughout this book that will make you question the very nature of life and push you outside of your comfort zone.

Ray Goldman will outdrink you, out-party you and, unfortunately for him, probably outlive you. As a hopeless and struggling indie rock musician, Ray's best chance of discovering any beauty and purpose in his dysfunctional life will come only when he ceases to struggle against life itself. These are his memoirs. Scale chronicles Ray Goldman's journey downward through the adversarial trials that sometimes prove necessary in facilitating an eventual ascent into truth and happiness. The odd chapters of the novel find Ray, now a 31-year-old guitar player, seeking fulfillment in the wake of a life-altering tragedy while the even chapters see him reflecting on the depravity and selfishness that hastened his descent towards it. Scale is about the relationship between instability and balance, death and resurrection, perception and reality, but ultimately it is about the endless war waged between our disquieted minds and our noble hearts. Fans of pop culture, Americana, Punk Rock music, and Charles Bukowski's Ham on Rye.

Keith Buckley is the vocalist and lyricist for the critically acclaimed punk rock act Every Time I Die, which has sold hundreds of thousands of records worldwide and has amassed a substantial fan base while touring the globe for over a decade. He lives in Buffalo, NY.