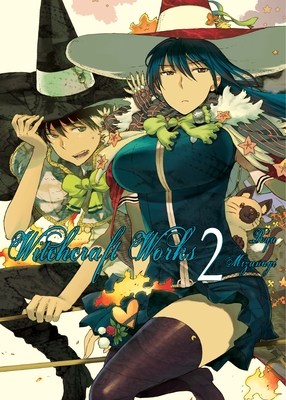 This is book number 2 in the Witchcraft Works series.

So far Honoka has been your typical clueless rom-com lead, but the teen is also at the core of a grand power struggle betweens witches and is also completely unaware of his place within this increasingly tense war amongst magic users. In what is atypical form, though, Honoka is actually willing to build from his weaknesses with hopes of taking on his new rivals. And to do this he too must learn his share of magic!

Very little is publicly known about Ryu Mizunagi but the author's birthday is March 23rd. Originally from Aichi, Mizunagi won the Kodansha Four Seasons Manga Award in 2004 with the pilot for Witchcraft Works. Mizunagi was able to continue the project through Kodansha Japan in 2006.