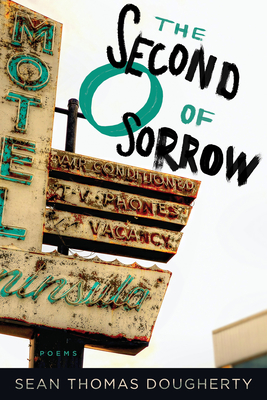 This is book number 165 in the American Poets Continuum series.

It's for good reason Dougherty has been described by a fellow writer as the "the gypsy punk heart of American poetry." He's a traveler, storyteller, father, and friend with working class wisdom and wit. Full of grit, gristle, and grace, these poems sing the sadnesses and joys of rustbelt life - from barstool to backyard, gas station to gurney, court to college. It's all here, in all it's capital B beautiful.

Sean Thomas Dougherty celebrates the struggles, the dignity, and the joys of working-class life in the Rust Belt. Finding delight in everyday moments--a night at a packed karaoke bar, a father and daughter planting a garden, a biography of LeBron James as a metaphor for Ohio--these poems take pride in the people who survive despite all odds, who keep going without any concern for glory, fighting with wit and grace for justice, for joy, every god damned day.

Publisher's Weekly describes Sean Thomas Dougherty as "A blue-collar, Rust Belt romantic to his generous, enthusiastic core," and Dorianne Laux praises him as "the gypsy punk heart of American poetry." He is the author or editor of fifteen books including All You Ask for is Longing: Poems 1994-2014 (Boa Editions), and Double Kiss: Stories, Poems, Essays on the Art of Billiards (Mammoth Books 2017). His awards include a Fulbright Lectureship to the Balkans, and an appearance in Best American Poetry. Known for his dynamic readings, he has performed at hundreds of venues, universities and festivals including the Dodge Poetry Festival, the Old Dominion Literary Festival and across Albania and Macedonia where he appeared on national television, sponsored by the US State Department. He works as a Med Tech and Caregiver for people with brain injuries. He lives in Erie, PA.