My Son, The Killer: The Untold Story of Luka Magnotta and 1 Lunatic 1 Ice Pick (Paperback) 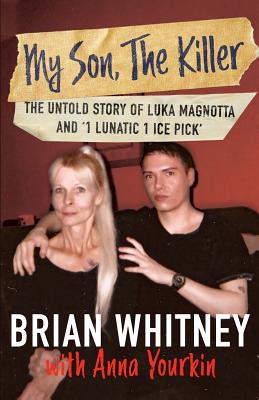 In 2012, the Canadian Press ignited a firestorm of criticism by naming killer Luka Magnotta as its "Newsmaker Of The Year." But while the recognition was questionable for its sensitivity, there's no doubt that few people had captured the public's attention like the young murderer and internet sensation.

A male escort and sometimes model, Magnotta had earned his notoriety by videotaping himself stabbing Chinese student Lin Jun to death with an ice pick and dismembering the body, before posting the video online. After mailing Jun's hands and feet to elementary schools, he then led Interpol on a manhunt that ended when he was arrested at an Internet caf in Berlin where he was reading news stories about himself.

An international celebrity in a macabre sort of way, with a legion of fans, Magnotta was brought back to Canada, convicted of first-degree murder and sentenced to prison. During this time, Anna Yourkin, his estranged mother, troubled by Magnotta's abused childhood and her role in that, reconnected with her killer son.

Despite his internet fame, Magnotta never agreed to any in-depth interviews. Now Magnotta has given award-winning journalist and author, Brian Whitney (RAW DEAL, THE SHAWCROSS LETTERS) an exclusive look inside the mind of this "social media" killer. Joining Whitney to tell this unique true crime story is Anna Yourkin. The book also contains exclusive photos provided by Yourkin.