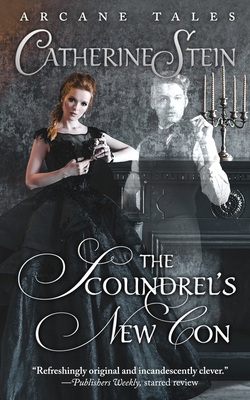 He's pulling the con of a lifetime. Unless she exposes the naked truth.

Conman Jack Weaver has his eyes on the prize. The arrogant Earl of Bardrick has offered five thousand pounds to anyone who can prove his castle is haunted. With money like that, Jack can ensure he'll never end up on the streets or in prison again. And his spirit photography skills are just the trick needed to convince all of the earl's houseguests to believe in something unseen.

Investigative journalist Tess Cochran believes in one thing: the truth. She's not going to let phony ghosts and trick photographs swindle anyone, even a snobbish aristocrat like Bardrick. And she's certainly not going to let herself be swayed by Jack Weaver's charming smile and mischievous antics.

When Jack and Tess stumble upon one of the castle's many secrets, they realize something nefarious lurks behind the earl's competition. To solve the mystery, these rivals forge a reluctant partnership. As they strip down the facts, Jack and Tess begin to find that the deepest truths may be concealed in their hearts.