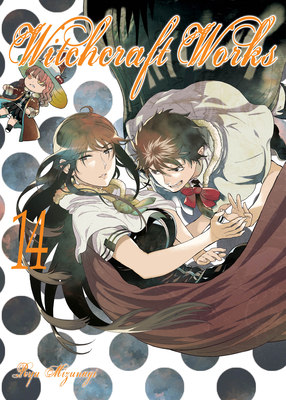 This is book number 14 in the Witchcraft Works series.

The infighting among the Workshop witches, instigated by the Witch of the Beginning, Alcina, is erupting into a full-out war with the appearance of Hydra Head. The cause of the townspeople getting frozen is revealed, and Alcina demands Takamiya stand trial for his crime of colluding with the enemy. And Kayou, Kagari’s birth-mother, emerges from the shadows, pushing Takamiya and Kagari to the brink...!

Very little is known about Ryu Mizunagi but the author's birthday is March 23rd. Originally from Aichi, Mizunagi won the Kodansha Four Seasons Manga Award in 2004 with the pilot for Witchcraft Works. Mizunagi was able to continue the project through Kodansha Japan in 2006.

In 2015 Mizunagi debuted her second series for Kodansha Ltd. Japan.