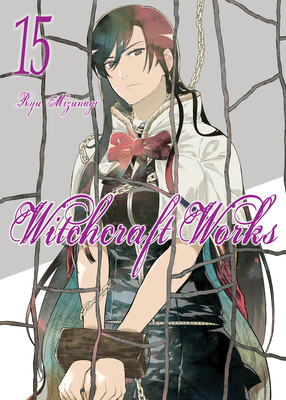 This is book number 15 in the Witchcraft Works series.

Basis of the anime series, Witchcraft Works is a romance comedy where magic and supernational powers shape the lives of a handful of high school kids.

Just as soon as the air is cleared with Alcina, Kagari and the Chairwoman rush to rescue Takamiya from the clutches of Kayou, Kagari’s birth-mother. Kayou has a shocking plan centering on Takamiya, whose memories have been tampered with. With the Kagari estate as the stage for the showdown, Kagari must discover the true source of her strength. Meanwhile, Kasumi undergoes brutal bridal training...?!

Very little is known about Ryu Mizunagi but the author's birthday is March 23rd. Originally from Aichi, Mizunagi won the Kodansha Four Seasons Manga Award in 2004 with the pilot for Witchcraft Works. Mizunagi was able to continue the project through Kodansha Japan in 2006.

In 2015 Mizunagi debuted her second series for Kodansha Ltd. Japan.