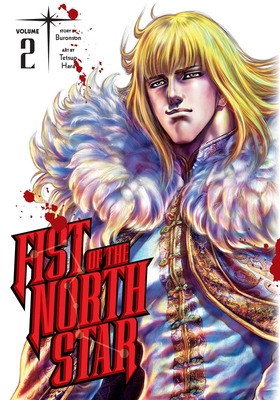 In a postapocalyptic world, humanity has risen from the ashes of nuclear war to a nightmare of endless suffering. It is a time of chaos. Warlords and gangs of savage marauders and warlords rule the broken ruins of civilization, terrorizing and enslaving the survivors. Life has become a brutal struggle for existence and death the only release.

Kenshiro takes on the Golan, a gang whose claims of genetic superiority he will put to the test. Later, as he continues his journey through the wasteland, he runs into a wily nomad warlord named Jackal. Until now, Ken’s opponents have rarely used their heads—though many have lost them! How will he handle an enemy who relies on low cunning instead of brute force?