The Politics of Fame (Hardcover) 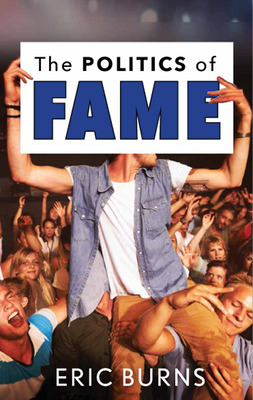 Celebrities can come from many different realms: film, music, politics, sports. But what do all these major celebrities have in common? What elevates them to the status of household names while their equally talented peers remain in relative obscurity? Is it just a question of charisma, or does fame depend more on the collective fantasies of fans than the actual accomplishments of celebrities?

In search of answers, cultural historian Eric Burns delves deep into the biographies of some of the most famous figures in American history, from Benjamin Franklin to Fanny Kemble, Elvis Presley to Gene Tierney, and Michael Jordan to Oprah Winfrey. Through these case studies, he considers the evolution of celebrity throughout the ages. More controversially, he questions the very status of fame in the twenty-first century, an era in which thousands of minor celebrities have seen their fifteen minutes in the spotlight.

The Politics of Fame is a provocative and entertaining look at the lives and afterlives of America’s most beloved celebrities as well as the mad devotion they inspired. It raises important questions about what celebrity worship reveals about the worshippers—and about the state of the nation itself

"Eric Burns's book provides a fascinating chronology of the politics of fame from the American founder fathers to the present day. The volume includes many interesting anecdotes upon this important topic."
— Mark Wheeler