From Memory to History: Television Versions of the Twentieth Century (Paperback) 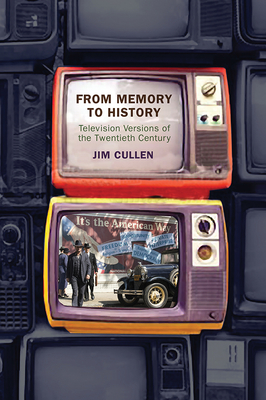 Our understanding of history is often mediated by popular culture, and television series set in the past have provided some of our most indelible images of previous times. Yet such historical television programs always reveal just as much about the era in which they are produced as the era in which they are set; there are few more quintessentially late-90s shows than That ‘70s Show, for example.

From Memory to History takes readers on a journey through over fifty years of historical dramas and sitcoms that were set in earlier decades of the twentieth century. Along the way, it explores how comedies like M*A*S*H and Hogan’s Heroes offered veiled commentary on the Vietnam War, how dramas ranging like Mad Men echoed current economic concerns, and how The Americans and Halt and Catch Fire used the Cold War and the rise of the internet to reflect upon the present day. Cultural critic Jim Cullen is lively, informative, and incisive, and this book will help readers look at past times, present times, and prime time in a new light.

JIM CULLEN is the author of numerous books, including The American Dream and Those Were the Days: Why All in the Family Still Matters. He has taught at Harvard, Brown, and Sarah Lawrence College, and is a member of the faculty of the newly established Greenwich Country Day High School in Greenwich, Connecticut.

"This is a terrific book, fun and learned and provocative. Ranging across television from The Waltons to The Americans, Cullen provides an entertaining and thoughtful account of the ways that we remember and how this is influenced and directed by what we watch. The discussions of popular television series are excellent, and together they provide a compelling account of historical television, reminding us that nothing artistic happens by chance and that we should be careful of what we believe."
— Jerome de Groot

"Jim Cullen has been writing incisively about how Americans remember the past and make sense of the present through various forms of popular culture for a quarter-century. This time his focus is prime-time television with deep dives into seven celebrated series from the 1960s through the 2010s, which will inspire readers to return to these beloved programs with renewed insight and appreciation."
— Gary R. Edgerton