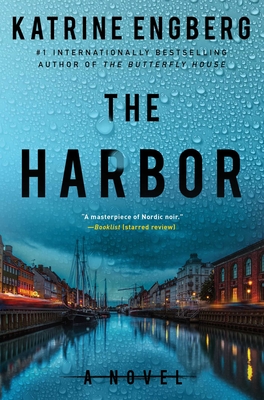 “Reading Engberg feels like reading early Jo Nesbo, getting in on the ground of a major crime-writing career.” —The New York Times Book Review

This third novel in the “thrilling, nerve-wracking” (Shelf Awareness) Korner and Werner series follows the two detectives as they search for a missing teenager and uncover the web of lies that has threatened his life—and may prevent him from ever being found.

When fifteen-year-old Oscar Dreyer-Hoff disappears in this “masterpiece of Nordic noir” (Booklist, starred review), the police assume he’s simply a runaway—a typically overlooked middle child doing what teenagers do all around the world. But his frantic family is certain that something terrible has happened. After all, what runaway would leave behind a note that reads:

He looked around and saw the knife that had stabbed Basil Hallward. He had cleaned it many times, till there was no stain left upon it. It was bright and glistened. As it had killed the painter, so it would kill the painter’s work, and all that that meant. It would kill the past, and when that was dead, he would be free.

It’s not much to go on, but it’s all that detectives Jeppe Kørner and Anette Werner have. And with every passing hour, as the odds of finding a missing person grow dimmer, it will have to be enough.

A former dancer and choreographer with a background in television and theater, Katrine Engberg launched a groundbreaking career as a novelist with the publication of her fiction debut, The Tenant. She is now one of the most widely read and beloved crime authors in Denmark, and her work has been sold in over twenty-five countries. She lives with her family in Copenhagen.

“One of the best armchair travelogues in ages... It is the absolute humanity of the storytelling that makes the book a masterpiece of Nordic noir.” —Booklist (starred review)

“[E]ngrossing . . . The plot takes some unexpected turns as the detectives unearth some shocking secrets . . . en route to the satisfying conclusion. Readers will eagerly await Jeppe and Anette’s next case.” —Publishers Weekly

“Perfectly balances a mysterious disappearance with the no less intriguing domestic concerns of its two investigators . . . Engberg is a must-read for fans of Nordic noir.” —BookPage (starred review)

“The Harbor continues the terrific Kørner And Werner series with both a chilling tale of crime, and a sensitive exploration of troubled souls under immense pressure to hide their weaknesses . . . Engberg knows how to depict deeply flawed yet still eminently human and relatable characters, even as she brings us on a non-stop thrill ride through Copenhagen’s seamy underbelly. . . This series perfectly balances Scandi-noir crime with heartfelt family drama.” —Criminal Element