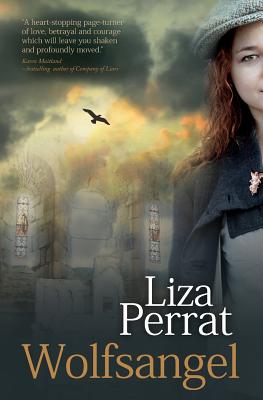 Seven decades after German troops march into her village, C leste Roussel is still unable to assuage her guilt. 1943. German soldiers occupy provincial Lucie-sur-Vionne, and as the villagers pursue treacherous schemes to deceive and swindle the enemy, C leste embarks on her own perilous mission as her passion for a Reich officer flourishes. When her loved ones are deported to concentration camps, C leste is drawn into the vortex of this monumental conflict, and the adventure and danger of French Resistance collaboration. As she confronts the harrowing truths of the Second World War's darkest years, C leste is forced to choose: pursue her love for the German officer, or answer General de Gaulle's call to fight for France. Her fate suspended on the fraying thread of her will, Celeste gains strength from the angel talisman bequeathed to her through her lineage of healer kinswomen. But the decision she makes will shadow the remainder of her days. A woman's unforgettable journey to help liberate Occupied France, Wolfsangel is a stirring portrayal of the courage and resilience of the human mind, body and spirit.