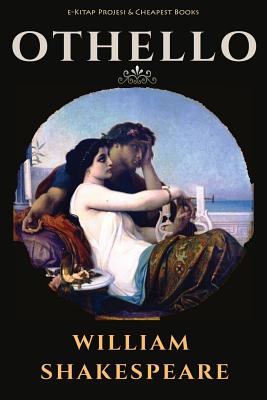 Othello, the Moor of Venice is a tragedy by William Shakespeare believed to have been written in approximately 1603, and based on the Italian short story 'Un Capitano Moro' ('A Moorish Captain') by Cinthio, a disciple of Boccaccio, first published in 1565. The work revolves around four central characters: Othello, a Moorish general in the Venetian army; his wife Desdemona; his lieutenant, Cassio; and his trusted ensign Iago. Because of its varied themes - racism, love, jealousy, and betrayal - Othello is widely felt to remain relevant to the present day and is often performed in professional and community theatres alike. The play has also been the basis for numerous operatic, film, and literary adaptations.

Iago] Out of my scattering, and unsure observance;

It were not for your quiet, nor your good,

Nor for my manhood, honesty, or wisedome,

To let you know my thoughts.

Oth. What dost thou meane?

Iag. Good name in man and woman (deere my Lord)

Is the immediate Jewell of our soules:

Twas mine, tis his, and has bin slave to thousands:

But he that filches from me my good name,

Robs me of that, which not inriches him,

And makes me poore indeed.