The Narrative of Sojourner Truth: Including Her Speech Ain't I a Woman? (Paperback) 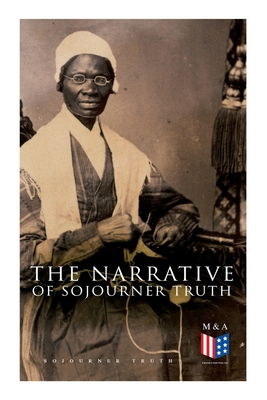 Sojourner Truth (c. 1797 – 1883) was an African-American abolitionist and women's rights activist. Truth was born into slavery in Swartekill, Ulster County, New York, but escaped with her infant daughter to freedom in 1826. After going to court to recover her son, in 1828 she became the first black woman to win such a case against a white man. Truth started dictating her memoirs to her friend Olive Gilbert, and in 1850 William Lloyd Garrison privately published her book, The Narrative of Sojourner Truth: A Northern Slave. Ain't I a Woman? (1851) is Truth's best-known speech was delivered extemporaneously, in 1851, at the Ohio Women's Rights Convention in Akron. Contents: The Narrative of Sojourner Truth Her Birth and Parentage Accommodations Her Brothers and Sisters Her Religious Instruction The Auction Death of Mau-mau Bett Last Days of Bomefree Death of Bomefree Commencement of Isabella's Trials in Life Trials Continued Her Standing With Her New Master and Mistress Isabella's Marriage Isabella as a Mother Slaveholder's Promises Her Escape Illegal Sale of Her Son It Is Often Darkest Just Before Dawn Death of Mrs. Eliza Fowler Isabella's Religious Experience New Trials My Dear and Beloved Mother Finding a Brother and Sister Gleanings The Matthias Delusion Fasting The Cause of Her Leaving the City The Consequences of Refusing a Traveller a Night's Lodging Some of Her Views and Reasonings The Second Advent Doctrines Another Camp Meeting Her Last Interview With Her Master Certificates of Character Ain't I a Woman?