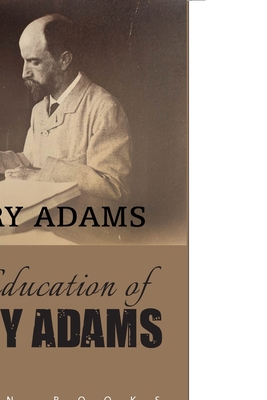 JEAN JACQUES ROUSSEAU began his famous Confessions by a vehement appeal to the Deity: "I have shown myself as I was; contemptible and vile when I was so; good, generous, sublime when I was so; I have unveiled my interior such as Thou thyself hast seen it, Eternal Father Collect about me the innumerable swarm of my fellows; let them hear my confessions; let them groan at my unworthiness; let them blush at my meannesses Let each of them discover his heart in his turn at the foot of thy throne with the same sincerity; and then let any one of them tell thee if he dares: 'I was a better man '"Jean Jacques was a very great educator in the manner of the eighteenth century, and has been commonly thought to have had more influence than any other teacher of his time; but his peculiar method of improving human nature has not been universally admired. Most educators of the nineteenth century have declined to show themselves before their scholars as objects more vile or contemptible than necessary, and even the humblest teacher hides, if possible, the faults with which nature has generously embellished us all, as it did Jean Jacques, thinking, as most religious minds are apt to do, that the Eternal Father himself may not feel unmixed pleasure at our thrusting under his eyes chiefly the least agreeable details of his creation.As an unfortunate result the twentieth century finds few recent guides to avoid, or to follow. American literature offers scarcely one working model for high education. The student must go back, beyond Jean Jacques, to Benjamin Franklin, to find a model even of self-teaching. Except in the abandoned sphere of the dead languages, no one has discussed what part of education has, in his personal experience, turned out to be useful, and what not. This volume attempts to discuss it.As educator, Jean Jacques was, in one respect, easily first; he erected a monument of warning against the Ego. Since his time, and largely thanks to him, the Ego has steadily tended to efface itself, and, for purposes of model, to become a manikin on which the toilet of education is to be draped in order to show the fit or misfit of the clothes. The object of study is the garment, not the figure. The tailor adapts the manikin as well as the clothes to his patron's wants. The tailor's object, in this volume, is to fit young men, in universities or elsewhere, to be men of the world, equipped for any emergency; and the garment offered to them is meant to show the faults of the patchwork fitted on their fathers.At the utmost, the active-minded young man should ask of his teacher only mastery of his tools. The young man himself, the subject of education, is a certain form of energy; the object to be gained is economy of his force; the training is partly the clearing away of obstacles, partly the direct application of effort. Once acquired, the tools and models may be thrown away.The manikin, therefore, has the same value as any other geometrical figure of three or more dimensions, which is used for the study of relation. For that purpose it cannot be spared; it is the only measure of motion, of proportion, of human condition; it must have the air of reality; must be taken for real; must be treated as though it had life. Who knows? Possibly it had February 16, 1907.