In the Path of Conquest: Resistance to Alexander the Great (Compact Disc) 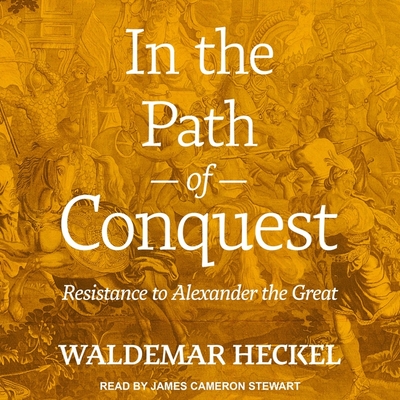 By Waldemar Heckel, James Cameron Stewart (Read by)
$24.99
Email or call for price.

This book offers a fresh insight into the conquests of Alexander the Great by attempting to view the events of 336-323 BCE from the vantage point of the defeated. The extent and form of the resistance of the populations he confronted varied according to their previous relationships with either the Macedonian invaders or their own Achaemenid rulers. The internal political situations of many states--particularly the Greek cities of Asia Minor--were also a factor. In the vast Persian Empire that stretched from the Aegean to the Indus, some states surrendered voluntarily and others offered fierce resistance. Not all regions were subdued through military actions. Indeed, as the author argues, the excessive use of force on Alexander's part was often ineffective and counterproductive. In the Path of Conquest examines the reasons for these varied responses, giving more emphasis to the defeated and less to the conqueror and his Macedonian army. In the process, it debunks many long-held views concerning Alexander's motives, including the idea that his aim was to march to the eastern limits of the world. It also provides a fresh reevaluation of Darius III's successes and failures as a commander.