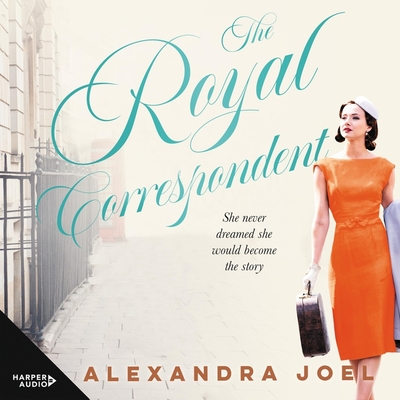 By Alexandra Joel, Caroline Lee (Read by)
$49.99
Email or call for price

The author of The Paris Model captures the glamour, style, excitement, and romance of a bygone era in this sumptuous novel--set in the Sydney and London of the 1960s--about an up-and-coming young Australian reporter with a deadly secret.

Breaking into the newspaper business in 1960s Sydney--a competitive world dominated by hard-edged men--isn't easy for a woman. But Blaise Hill is far from ordinary. The only female in The Clarion's newsroom, her long-held dream of being a reporter has come true. Blaise isn't chasing stories just to make a name for herself; she's helping support her family and her beloved sister Ivy, whose life has been transformed by polio.

But the ambitious young journalist's confidence is shaken when she secretly witnesses the murder of a top crime boss--a death that rocks the Sydney underworld. One of the few people who knows what really happened--and what Blaise knows--is the handsome, enigmatic Adam Rule, who helps cover up the murder. When she gets a plum assignment--moving to England to cover the British royal family--Blaise hopes to put it all behind her.

Carving her own path among the scandal and intrigue of the Swinging Sixties in London, life is just about perfect--until the night she attends Queen Elizabeth's gala in honor of the upcoming nuptials of Princess Margaret and Antony Armstrong-Jones. Among the exclusive crowd is the last man she ever wanted to see--Adam Rule.

Is Blaise's dark secret coming back to hurt her--or is this the beginning of something far more dangerous?

In this mesmerizing novel, Alexandra Joel brings to life the thrilling, colorful world of 1960s Sydney and London, when fashion, music, society, and even the royal family rode the waves of change--and a spirited, ambitious heroine dared to make her way in a man's world.