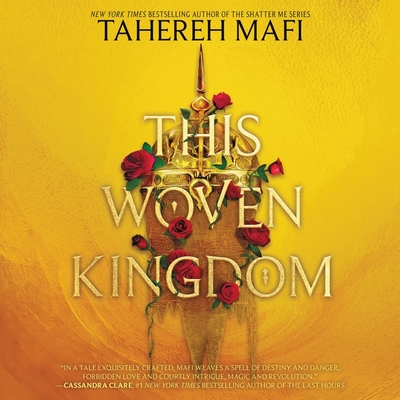 Wizards and Witches are old hat (ha ha!). Being a Jinn is all the rage, or is it? Based on Persian mythology with a “Cinderella” spin, this will keep you guessing to the very last unbelievable sentence!

Clashing empires, forbidden romance, and a long-forgotten queen destined to save her people--bestselling author Tahereh Mafi's first in an epic, romantic trilogy inspired by Persian mythology.

To all the world, Alizeh is a disposable servant, not the long-lost heir to an ancient Jinn kingdom forced to hide in plain sight.

The crown prince, Kamran, has heard the prophecies foretelling the death of his king. But he could never have imagined that the servant girl with the strange eyes, the girl he can't put out of his mind, would one day soon uproot his kingdom--and the world.

Perfect for fans of Leigh Bardugo, Tomi Adeyemi, and Sabaa Tahir, this is the explosive first book in a new fantasy trilogy from the New York Times bestselling and National Book Award-nominated author Tahereh Mafi.

In a tale as exquisitely crafted as one of Alizeh's own garments, Mafi weaves a spell of destiny and danger, forbidden love and courtly intrigue, magic and revolution.--Cassandra Clare, #1 New York Times bestselling author of The Last Hours

This Woven Kingdom is an exquisite fantasy. Rich with clever prose, delicious twists, and breathtaking world building. Prepare to be destroyed--this one will wrench at your heart and make it pound, and in the end it will leave you entirely speechless.--Stephanie Garber, #1 New York Times bestselling author of the Caraval series