The Custom of the Country: Original (Paperback) 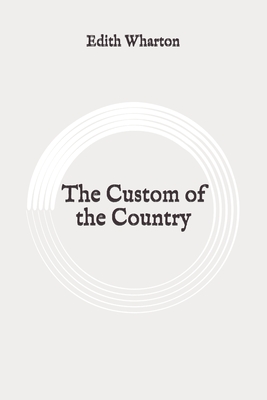 Edith Wharton's satiric anatomy of American society in the first decade of the twentieth century appeared in 1913; it both appalled and fascinated its first reviewers, and established her as a major novelist. The Saturday Review wrote that she had 'assembled as many detestable people as it is possible to pack between the covers of a six-hundred page novel', but concluded that the book was 'brilliantly written', and 'should be read as a parable'. It follows the career of Undine Spragg, recently arrived in New York from the midwest and determined to conquer high society. Glamorous, selfish, mercenary and manipulative, her principal assets are her striking beauty, her tenacity, and her father's money. With her sights set on an advantageous marriage, Undine pursues her schemes in a world of shifting values, where triumph is swiftly followed by dissullusion. Wharton was recreating an environment she knew intimately, and Undine's education for social success is chronicled in meticulous detail. The novel superbly captures the world of post-Civil War America, as ruthless in its social ambitions as in its business and politics."Undine Spragg-how can you?" her mother wailed, raising a prematurely-wrinkled hand heavy with rings to defend the note which a languid "bell-boy" had just brought in.But her defence was as feeble as her protest, and she continued to smile on her visitor while Miss Spragg, with a turn of her quick young fingers, possessed herself of the missive and withdrew to the window to read it."I guess it's meant for me," she merely threw over her shoulder at her mother.