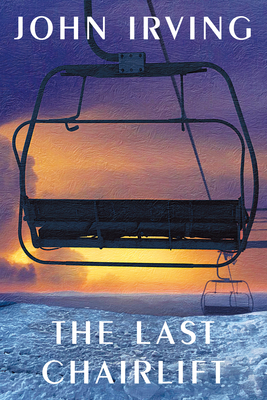 By John Irving
Email or call for price

Don't be put off by the length of this novel, rather, embrace it as the story of a life fully lived, an exploration of family - biological and chosen, sexual politics and identity, what it is to be a writer, what it is to be human. Funny, devastating, outrageous, truthful and always engaging. Pick up this book now so you can read it before hearing about it; it is sure to be discussed.

One of the world's greatest novelists returns with his first novel in seven years--a ghost story and a love story, spanning eight decades of sexual politics. Since his first novel in 1968, John Irving has written some of the most acclaimed books of our time--among them, The World According to Garp, The Cider House Rules, A Prayer for Owen Meany, and A Widow for One Year. Time magazine describes his work as "epic and extraordinary and controversial and sexually brave." Now Irving has written what he calls his last long novel--a family saga of seven decades, reflecting the tensions in our cultural and political landscape.
In Aspen, Colorado, in 1941, Rachel Brewster is a slalom skier at the National Downhill and Slalom Championships. Unremembered in the competition, Little Ray, as she is called, finishes nowhere near the podium, but she manages to get pregnant. Back home, in New England, Ray becomes a ski instructor. Her son, Adam, grows up in a family that defies conventions and evades questions concerning the eventful past. Years later, looking for answers, Adam will go to Aspen. In the Hotel Jerome, where he was conceived, Adam will meet some ghosts; in The Last Chairlift, they aren't the only ghosts he sees.
If you've never read a John Irving novel, you'll be captivated by storytelling that is tragic and comic, embodied by characters you'll remember long after you've finished their story. If you have read John Irving before, you'll rediscover the themes that made him a bard of alternative families--a visionary voice on the subject of sexual freedom. The author's favorite tropes are here, but this meticulously plotted novel has powerful twists in store for readers. The Last Chairlift breaks new artistic ground for John Irving, who has been called "a consummately convincing realist" (The Boston Globe); "among the very best storytellers at work today" (The Philadelphia Inquirer); "the American Balzac" (The Nation); "a pop star of literature, beloved by all generations" (S ddeutsche Zeitung, Munich); and "the voice of social justice and compassion in contemporary American literature" (The Globe and Mail). With The Last Chairlift, readers will once again be in John Irving's thrall.

JOHN IRVING was born in Exeter, New Hampshire, in 1942. His first novel, Setting Free the Bears, was published in 1968, when he was twenty-six. He competed as a wrestler for twenty years, and coached wrestling until he was forty-seven. In 1992, he was inducted into the National Wrestling Hall of Fame in Stillwater, Oklahoma. Irving has been nominated for a National Book Award three times, winning in 1980 for The World According to Garp. In 2000, he won the Oscar for Best Adapted Screenplay for The Cider House Rules. In 2013, he won a Lambda Literary Award for In One Person. An international writer, his books have been translated into more than thirty-five languages. A Prayer for Owen Meany is his best-selling novel, in every language. A dual citizen of the United States and Canada, John Irving lives in Toronto. The Last Chairlift is his fifteenth novel.