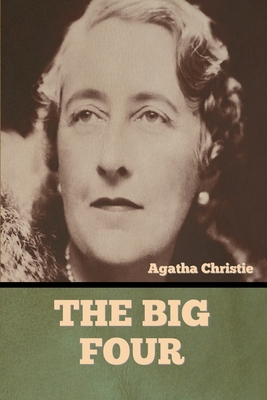 The Big Four is a work of detective fiction by Agatha Christie, first published in the UK by William Collins & Sons on 27 January 1927 and in the US by Dodd, Mead and Company later in the same year. It features Hercule Poirot, Arthur Hastings, and Inspector Japp. The UK edition retailed at seven shillings and sixpence (7/6) and the US edition at $2.00.

The structure of the novel is different from other Poirot stories, as it began from twelve short stories (eleven in the US) that had been separately published. This is a tale of international intrigue and espionage, therefore opening up the possibility of more spy fiction from Christie.:

This novel was published a year after The Murder of Roger Ackroyd (1926) and was overshadowed by its predecessor.

The Times Literary Supplement review of the book publication struck a positive although incorrect note in its issue of 3 February 1927 when it assumed that the different style of the book from its immediate predecessor, The Murder of Roger Ackroyd, was a deliberate ploy: "M. Poirot, the Belgian detective who has figured in others of Mrs Christie's tales, is in very good form in the latest series of adventures. The device which made 'Who killed Roger Ackroyd?' (sic) such a puzzling problem for the reader of detective fiction is one that a writer cannot easily employ a second time, and indeed the present story is not so much the clearing up of a mystery as a recital of Poirot's encounters with one of those familiar groups of international crooks of almost unlimited power who seek to dominate the world." Hastings was described as "dense as ever".

The New York Times Book Review of 2 October 1927 outlined the basics of the plot and stated "'Number Four' remains a mystery almost to the end. This, of course, makes it more difficult for the detective to guard against attack and to carry on his investigation, and it provides most of the thrills of the story."

The reviewer in The Observer of 13 February 1927 did not expect originality when reading a book dealing with the themes of The Big Four, but did admit that "When one opens a book and finds the name Li Chang Yen and is taken to subterranean chambers in the East End 'hung with rich Oriental silks', one fears the worst. Not that Mrs Christie gives us the worst; she is far too adroit and accomplished a hand for that. But the short, interpolated mysteries within the mystery are really much more interesting than the machinations of the 'Big Four' supermen." The conclusion of the book was "pretentious" and "fails to be impressive" and the reviewer summed up by saying, "the book has its thrills - in fact, too many of them; it seeks to make up in its details what it lacks in quality and consistency."

The Scotsman of 17 March 1927 said, "The activities of Poirot himself cannot be taken seriously, as one takes, for example, Sherlock Holmes. The book, indeed, reads more like an exaggerated parody of popular detective fiction than a serious essay in the type. But it certainly provides plenty of fun for the reader who is prepared to be amused. If that was the intention of the authoress, she has succeeded to perfection".

Robert Barnard: "This thriller was cobbled together at the lowest point in Christie's life, with the help of her brother-in-law. Charity is therefore the order of the day, and is needed, for this is pretty dreadful, and (whatever one may think of him as a creation) demeaning to Poirot." (wikipedia.org)