In this funny, clever novel, p 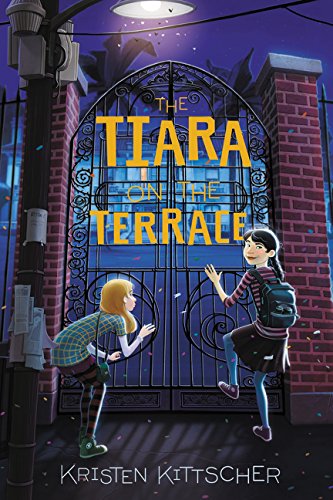 erfect for fans of Pseudonymous Bosch and Gordon Korman and a companion to The Wig in the Window, tween sleuths Sophie Young and Grace Yang go undercover at Luna Vista's Winter Sun Festival to catch a murderer before he—or she—strikes again.

Sophie Young and Grace Yang have been taking it easy ever since they solved the biggest crime Luna Vista had ever seen. But things might get interesting again now that everyone is gearing up for the 125th annual Winter Sun Festival—a town tradition that involves floats, a parade, and a Royal Court made up of local high school girls.

When Festival president Jim Steptoe turns up dead on the first day of parade preparations, the police blame a malfunctioning giant s'more feature on the campfire-themed float. But the two sleuths are convinced the mysterious death wasn't an accident.

Young and Yang must trade their high tops for high heels and infiltrate the Royal Court to solve the case. But if they fail, they might just be the next victims.

Kristen Kittscher was a child neighborhood spy but (allegedly) grew up to be an upstanding citizen and author of books for young readers. The 2014 James Thurber House Children's Writer-in-Residence and a graduate of Brown University, Kristen was a middle school English teacher before she became a writer. She lives in Pasadena, California --- home of the Rose Parade and the inspiration for her latest book, The Tiara on the Terrace. 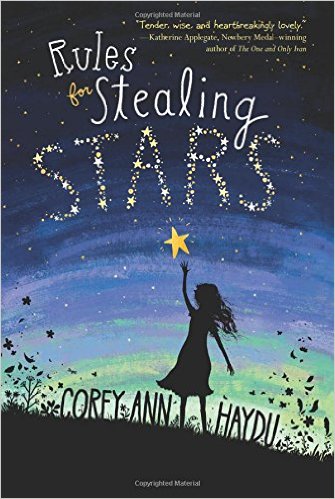 In the tradition of Sharon Creech and Wendy Mass, Corey Ann Haydu's sparkling middle grade debut is a sister story with a twist of magic, a swirl of darkness, and a whole lot of hope.

Silly is used to feeling left out. Her three older sisters think she's too little for most things—especially when it comes to dealing with their mother's unpredictable moods and outbursts. This summer, Silly feels more alone than ever when her sisters keep whispering and sneaking away to their rooms together, returning with signs that something mysterious is afoot: sporting sunburned cheeks smudged with glitter and gold hair that looks like tinsel.

When Silly is brought into her sisters' world, the truth is more exciting than she ever imagined. The sisters have discovered a magical place that gives them what they truly need: an escape from the complications of their home life. But there are dark truths there, too. Silly hopes the magic will be the secret to saving their family, but she's soon forced to wonder if it could tear them apart.

Corey Ann Haydu is the author of YA novels, OCD LOVE STORY, LIFE BY COMMITTEE, MAKING PRETTY, the middle grade novel, RULES FOR STEALING STARS and the upcoming YA novel FALLING GIRLS AND MISSING BOYS. A graduate of NYU’s Tisch School of the Arts and The New School’s Writing for Children MFA program, Corey has been working in children’s publishing since 2009.  In 2013, Corey was chosen as one of Publisher Weekly’s Flying Starts. Her books have been Junior Library Guild Selections, Indie Next Selections, and BCCB Blue Ribbon Selections. Corey also teaches YA Novel Writing with Mediabistro and adapted her debut novel, OCD LOVE STORY into a high school play, which had its first run in Fall 2015. Corey lives in Brooklyn with her dog, her fiance, and a wide selection of cheese. 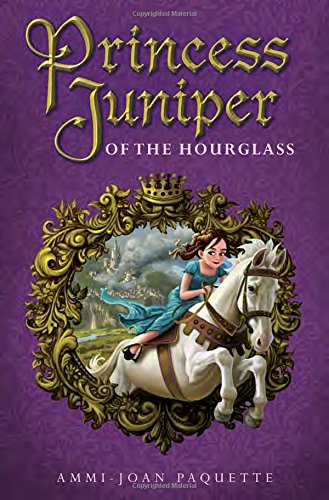 In this royal adventure, Princess Juniper learns what it means to rule a kingdom–at least for the summer.

For her thirteenth nameday all Princess Juniper wants is a country of her own. So when rumblings of unrest start in his kingdom, Juniper's father decides to grant his daughter's wish and sends her to a small, idyllic corner of the Hourglass Mountains until trouble blows over. Once there, Juniper discovers that ruling a small country–even just for the summer–is a bit harder than she'd expected, especially when cousin Cyril challenges her rule. Still, the most difficult part is to come. Juniper and her friends discover that her father's kingdom is at war. The only way to stay safe is to remain in the Hourglass Mountains much longer than planned. Juniper may have her own country after all . . . but what will that mean for the kingdom of Torr? This book is perfect for fans of Frozen and Brave, who like their princess strong and smart as well as sparkly.

Ammi-Joan (A.J.) Paquette spent her formative years moving from place to place, which left her with an insatiable curiosity about the wide world and everything in it. A voracious reader since early childhood, she's thrilled to now be able to share her stories with readers everywhere. She lives outside of Boston, Massachusetts, where she balances her own writing and her day job as a literary agent. Visit her on the web at www.ajpaquette.com

The Tiara on the Terrace (Hardcover)

Princess Juniper of the Hourglass (Hardcover)