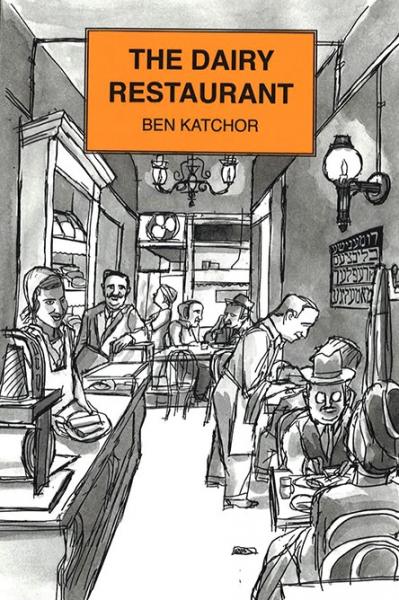 From the award winning author of Julius Knipl, Real Estate Photographer and The Jew of New York: a unique history of a beloved New York culinary institution that emerged in the late 19th century and had all but disappeared by the end of the 20th.

For The Dairy Restaurant, Ben Katchor retells the history of where we choose to eat—a history that starts with the first man who was allowed to enter a walled garden and encouraged by the garden’s owner to enjoy its fruits. He examines the biblical milk-and-meat taboo, the first vegetarian practices, and the invention of the restaurant.

Through text and drawings, Katchor illuminates the historical confluence of events and ideas that led to the development of a “milekhdike (dairy) personality” and the proliferation of dairy restaurants in America, and he recollects his own experiences in many of these iconic restaurants just before they disappeared-as have almost all the dairy restaurants in the New York metropolitan area. 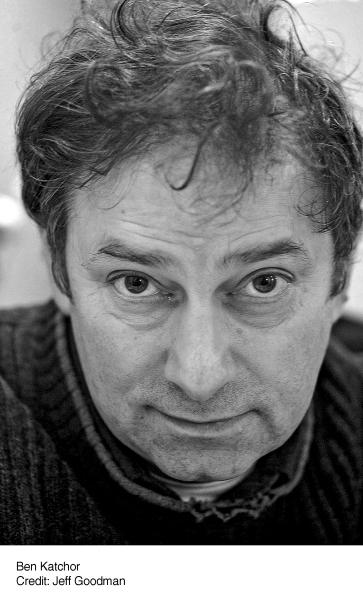 Ben Katchor’s picture stories have been collected in a number of books: Cheap Novelties, The Pleasures of Urban Decay, Julius Knipl, Real Estate Photographer: Stories, The Cardboard Valise, The Jew of New York, Hand Drying in America and other stories and, now, The Dairy Restaurant. He’s collaborated with composer Mark Mulcahy in six music theater shows, most recently The Imaginary War Crimes Tribunal (2014). He was the recipient of a MacArthur Foundation Fellowship, a Guggenheim Fellowship and a fellowship at the American Academy in Berlin. Ben is an Associate Professor at the Parsons School of Design-The New School, New York City where he directs the illustration program.

If you're unable to attend the event and would like a signed copy of The Dairy Restaurant, please purchase the "Signed" version below.

Signed "The Dairy Restaurant" (Not Attending)