The award-winning novelist and author of The Revolution of Little Girls and Terminal Velocity now concludes her grand survey of political activism twenty years later with her provocative new novel, Tomb of the Unknown Racist. 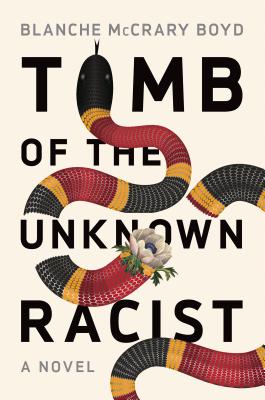 Blanche’s first novel in twenty years continues the story of her compelling and edgy protagonist Ellen Burns. When Tomb of the Unknown Racist opens in 1999, Ellen—now sober, haunted by her activist past, her failed relationships, the world at large—is peacefully taking care of her demented mother in South Carolina. Ellen’s brother Royce was a celebrated novelist who, a decade earlier, saw his work adopted by racists and fell under the sway of white supremacy. Ellen thought him dead from a botched FBI raid on his compound. But when his estranged daughter turns up on the news, claiming he might be responsible for kidnapping her two mixed-race children, Ellen travels to New Mexico to help her newfound niece. The book chronicles Ellen’s search for Royce, her descent into the dark abyss of the burgeoning race war of our country, and the confrontation that occurs when she learns the truth about her family’s past.

Tomb of the Unknown Racist is a thrilling novel set in the shadow of the Oklahoma City bombing and the subculture of white supremacy and deep state government that is horribly applicable to today’s news cycle. A family story set against political and racial struggle, it is based on real-life events surrounding William Luther Pierce, Timothy McVeigh, and the Oklahoma City Bombing. The tour de force end to a trilogy, that like no other fiction, has offered a survey of politics and activism across the American experience. 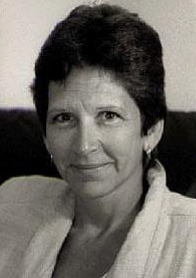 A native of South Carolina, BLANCHE MCCRARY BOYD has taught at Connecticut College since 1982. She has written four novels: Nerves, Mourning the Death of Magic, The Revolution of Little Girls and Terminal Velocity, as well as a collection of essays titled The Redneck Way of Knowledge. Among the awards Boyd has won are a Guggenheim Fellowship, a National Endowment for the Arts Fiction Fellowship, a Creative Writing Fellowship from the South Carolina Arts Commission, and a Wallace Stegner Fellowship in Creative Writing from Stanford.

If you're unable to attend the event and would like a signed copy of Tomb of the Unknown Racist,  please purchase the "Signed" version below.

Tomb of the Unknown Racist (Hardcover)