Deborah Freedman, "Shy" and "This House, Once" 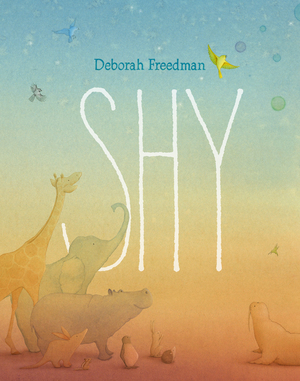 Shy is hiding inside this book.

Shy loves birds. He'd love to watch them fly and hear them sing, but he's only ever read about them in books. . . until a real bird comes along. He's dying to meet her, but there's just one problem: Shy is, well, shy — so shy, in fact, that he's afraid to leave the gutter of the book. Can Shy overcome his fears and venture out onto the page?

This sweetly relatable picture book from the acclaimed Deborah Freedman speaks to every child who's ever felt like hiding instead of facing the daunting world. 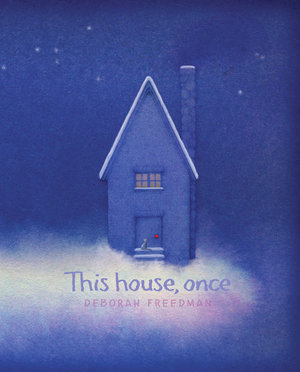 Deborah Freedman’s masterful new picture book is at once an introduction to the pieces of a house, a cozy story to share and explore, and a dreamy meditation on the magic of our homes and our world.

Before there was this house,
there were stones,
and mud,
and a colossal oak tree—
three hugs around
and as high as the blue.
What was your home, once?

This poetically simple, thought-provoking, and gorgeously illustrated book invites readers to think about where things come from and what nature provides.

Deborah Freedman was an architect once-upon-a-time, but now she loves to build worlds in books. Her first picture books were tiny and hand-made over twenty years ago for her own children, and her first 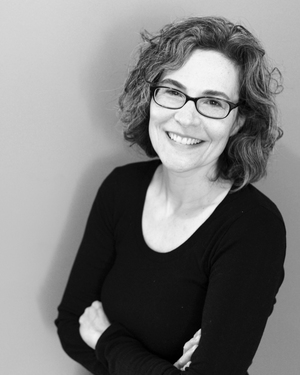 Since then, she has written and illustrated Blue Chicken, The Story of Fish & Snail, By Mouse & Frog, and most recently, Shy. Her books have received multiple starred reviews, "best of" honors, nominations, and awards — including SCBWI’s Crystal Kite Award and a Parent's Choice Gold Award.

Lost in books and the arts for as long as she can remember, Deborah majored in art history at Yale University and studied architecture at the Harvard Graduate School of Design. She is the proud mom of four grown children, an adoring grandma of five, and the devoted guardian of many stuffed animals. When she isn’t making picture books or daydreaming, she likes to wander through museums, libraries, and the woods near her colorful home in Connecticut.

If you're unable to attend the event and would like a signed copy of Shy and/or This House Once, please purchase the "Signed" version below.

This House, Once (Hardcover)