Join us for an event with four debut authors! The panel will focus on the path to publication and the craft of writing YA. Ages 12 and up.

If you're unable to attend the event and would like a signed copy of The Girl Who Fell, The Mystery of Hollow Places, The Loose Ends List, and/or The Weight of Zero, please purchase the "Signed" version below. 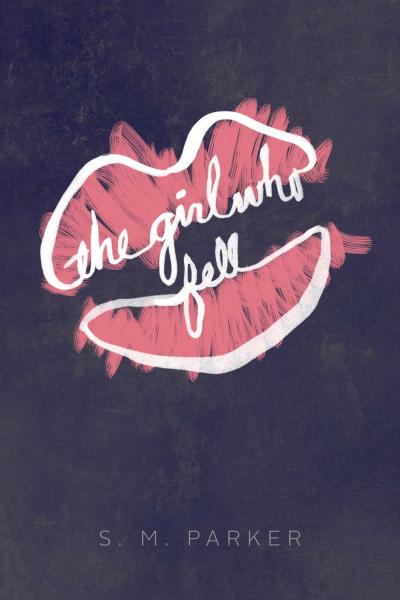 In this gripping debut novel, high school senior Zephyr Doyle is swept off her feet—and into an intense and volatile relationship—by the new boy in school. His obsession. Her fall.

Zephyr Doyle is focused. Focused on leading her team to the field hockey state championship and leaving her small town for her dream school, Boston College. But love has a way of changing things.

Enter the new boy in school: the hockey team’s starting goaltender, Alec. He’s cute, charming, and most important, Alec doesn’t judge Zephyr. He understands her fears and insecurities—he even shares them. Soon, their relationship becomes something bigger than Zephyr, something she can’t control, something she doesn’t want to control. Zephyr swears it must be love. Because love is powerful, and overwhelming, and…terrifying?

If she waits any longer, it may be too late. 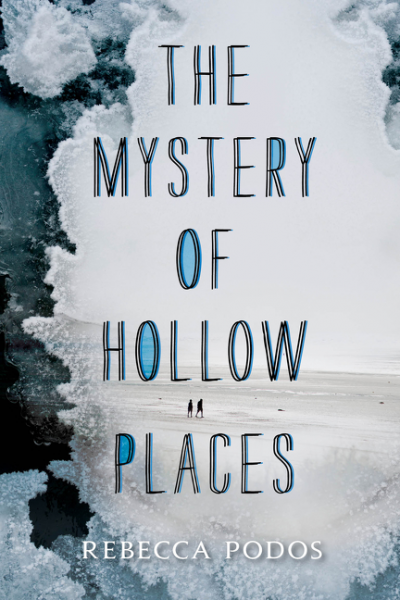 The Mystery of Hollow Places is a gorgeously written, stunningly original novel of love, loss, and identity, from debut author Rebecca Podos.

All Imogene Scott knows of her mother is the bedtime story her father told her as a child. It’s the story of how her parents met: he, a forensic pathologist; she, a mysterious woman who came to identify a body. A woman who left Imogene and her father when she was a baby, a woman who was always possessed of a powerful loneliness, a woman who many referred to as “troubled waters.”

Now Imogene is seventeen, and her father, a famous author of medical mysteries, has struck out in the middle of the night and hasn’t come back. Neither Imogene’s stepmother nor the police know where he could’ve gone, but Imogene is convinced he’s looking for her mother. And she decides it’s up to her to put to use the skills she’s gleaned from a lifetime of reading her father’s books to track down a woman she’s only known in stories in order to find him and, perhaps, the answer to the question she’s carried with her for her entire life.

Rebecca Podos is a graduate of the writing, literature, and publishing program at Emerson College, where she won the MFA award for best thesis. Her fiction has been published in Glimmer Train, Glyph, Paper Darts, Bellows American Review, and SmokeLong Quarterly. She lives with her husband in Connecticut. The Mystery of Hollow Places is her first her first novel. 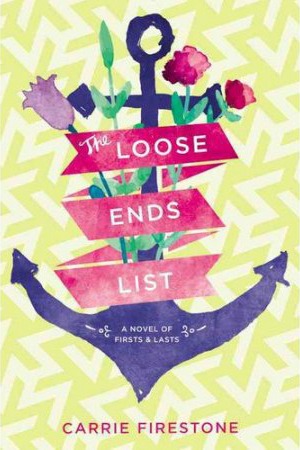 Seventeen-year-old Maddie O'Neill Levine lives a charmed life, and is primed to spend the perfect pre-college summer with her best friends and young-at-heart socialite grandmother (also Maddie's closest confidante), tying up high school loose ends. Maddie's plans change the instant Gram announces that she is terminally ill and has booked the family on a secret "death with dignity" cruise ship so that she can leave the world in her own unconventional way - and give the O'Neill clan an unforgettable summer of dreams-come-true in the process.

Soon, Maddie is on the trip of a lifetime with her over-the-top family. As they travel the globe, Maddie bonds with other passengers and falls for Enzo, who is processing his own grief. But despite the laughter, headiness of first love, and excitement of glamorous destinations, Maddie knows she is on the brink of losing Gram. She struggles to find the strength to say good-bye in a whirlwind summer shaped by love, loss, and the power of forgiveness.

Carrie Firestone (carriefirestoneauthor.com) is a former New York City high school teacher. When she isn’t writing, you might find her reluctantly sharing her popcorn at the movies, trying to get people to do a conga line, or planning her next adventure. She lives in Connecticut with her husband, two daughters, and their dogs. The Loose Ends List is her first novel. 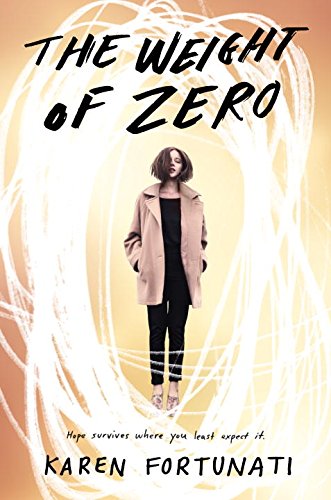 Karen Fortunati, The Weight of Zero

Seventeen-year-old Catherine Pulaski knows Zero is coming for her. Zero, the devastating depression born of Catherine’s bipolar disorder, almost triumphed once; that was her first suicide attempt. Being bipolar is forever. It never goes away. The med du jour might work right now, but Zero will be back for her. It’s only a matter of time.

And so, in an old ballet-shoe box, Catherine stockpiles medications, preparing to take her own life before Zero can inflict its living death on her again. Before she goes, though, she starts a short bucket list. The bucket list, the support of her family, new friends, and a new course of treatment all begin to lessen Catherine’s sense of isolation. The problem is, her plan is already in place, and has been for so long that she might not be able to see a future beyond it.

This is a story of loss and grief and hope, and how some of the many shapes of love—maternal, romantic, and platonic—affect a young woman’s struggle with mental illness and the stigma of treatment.

Karen Fortunati is a former attorney who attends graduate school at Trinity College in Hartford, Connecticut, and works part-time as a museum educator. She lives in Connecticut with her family and rescue dogs.

The Girl Who Fell (Hardcover)

The Mystery of Hollow Places (Hardcover)

The Weight of Zero (Hardcover)