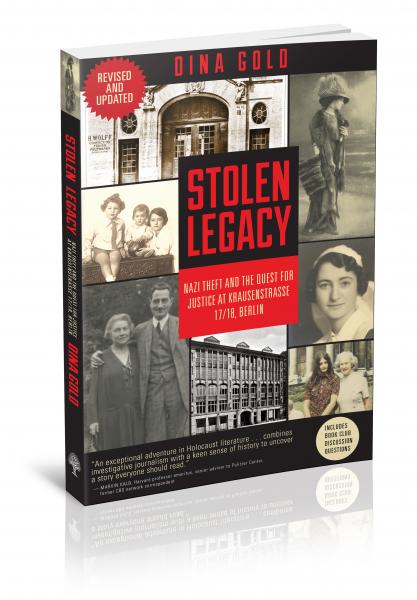 Stolen Legacy: Nazi Theft and the Quest for Justice at Krausenstrasse 17/18, Berlin is Dina Gold's personal account of the legal case she launched to reclaim ownership of a huge building stolen from her family by the Nazis in 1930s Berlin.

When she was growing up, Dina used to listen to her grandmother Nellie’s tales of the glamorous life in Berlin she once led, before the Nazis came to power, and of her dreams of recovering a huge building which, she claimed, belonged to the family.

At the end of World War II that building lay in the Soviet sector, just two blocks from Checkpoint Charlie, and beyond legal reach.  When Nellie died, she left behind no papers to prove ownership – not even a photograph. When the Berlin Wall fell in 1989, Dina decided to go in search of the building.

In the course of her research in archives in the UK, Germany, the USA and Israel, she unearthed documents which shed light on what had happened during the Nazi era and uncovered shocking new evidence which brings the story right up to today’s Germany! 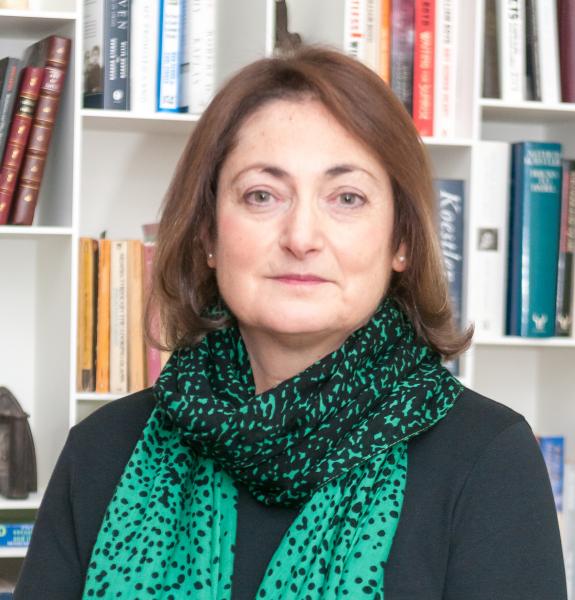 Dina Gold spent more than 20 years as an investigative reporter and producer for the BBC in London. She now lives in Washington DC.

If you're unable to attend the event and would like a signed copy of Stolen Legacy, please purchase the "Signed" version below.

Stolen Legacy: Nazi Theft and the Quest for Justice at Krausenstrasse 17/18, Berlin (Paperback)