Elephants, Cats, and Ducks, Oh My!

Elephants, Cats, and Ducks, Oh My! 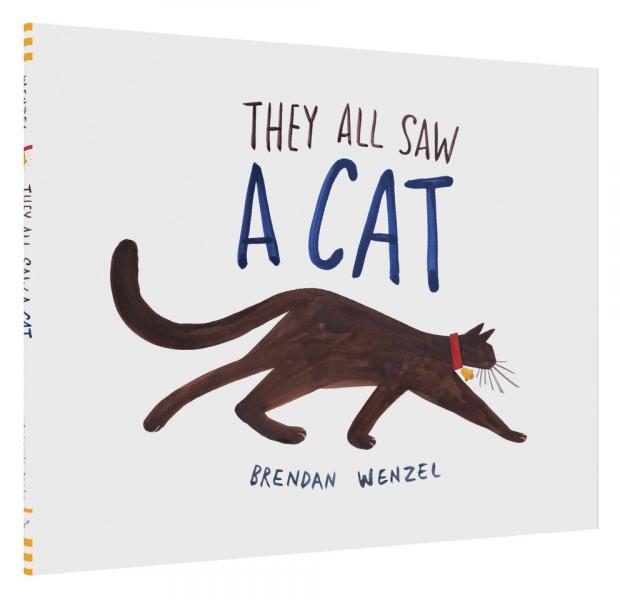 THEY ALL SAW A CAT by Brendan Wenzel

The cat walked through the world, with its whiskers, ears, and paws . . .In this glorious celebration of observation, curiosity, and imagination, Brendan Wenzel shows us the many lives of one cat, and how perspective shapes what we see. When you see a cat, what do you see?

THIS IS NOT A PICTURE BOOK! by Sergio Ruzzier 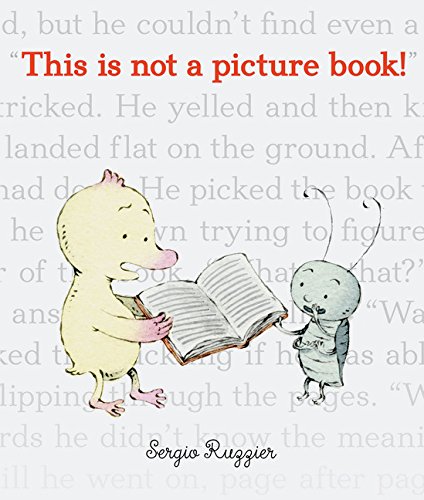 In this quirky yet sweet picture book about the joy and power of reading, Duck learns that even books without pictures can be fun. While he and his friend Bug may struggle at first to decipher their book, they stick with it, and before long they discover that not only can they read it, but it deserves a place on the shelf with all their favorite picture books. Author-artist Sergio Ruzzier has created a fanciful tribute to books of all kinds. It includes both words AND pictures. 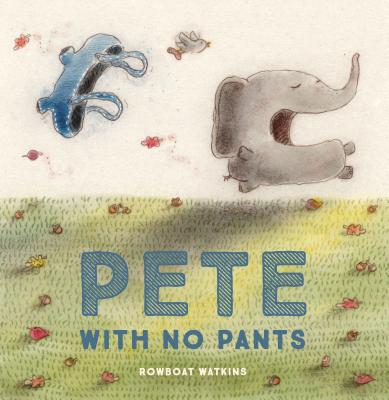 PETE WITH NO PANTS by Rowboat Watkins

Pete is gray. He's round. And he's not wearing any pants.

So Pete must be a boulder. Or is he a pigeon? Or a squirrel? Or a cloud?

Join Pete in his quest to answer the world's oldest question: Why do I have to wear pants? Wait, that's the second oldest. Born from the one-of-a-kind imagination of Rowboat Watkins, this hilarious book (the asides just beg to be read aloud) about finding out who you are features a satisfying and touching ending that will encourage young readers to be true to themselves as it reminds the adults in their lives to support them no matter what. 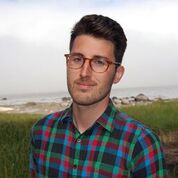 Brendan Wenzel is an illustrator based in Brooklyn, New York. A graduate of the Pratt Institute, his work has appeared internationally in children's books, animations, and magazines. They All Saw a Cat is his debut as both author and illustrator.

Sergio Ruzzier is a picture book author and illustrator. 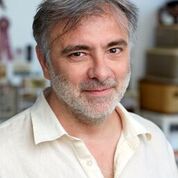 In 1995 he moved to New York City, where he’s been creating pictures and stories for national and international magazines and book publishers.

His work has been awarded by American Illustration, The Society of Illustrators, Communication Arts, and The Society of Publication Designers.
He won the Parents’ Choice Gold Medal for The Room of Wonders and for his illustrations for Why Mole Shouted. He was a recipient of the 2011 Sendak Fellowship. 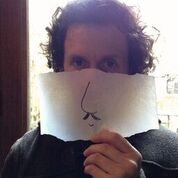 Rowboat Watkins is a dad who likes to tell stories and draw. Nobody knows why his wife started calling him Rowboat. He was a fellow of Maurice Sendak's and lives with his family in Brooklyn, New York.

This Is Not a Picture Book! (Hardcover)

Pete With No Pants (Hardcover)