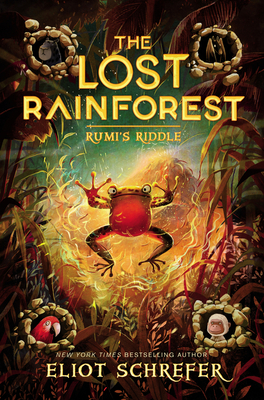 The action-packed conclusion to the Lost Rainforest series by award-winning and bestselling author Eliot Schrefer delivers one last thrilling adventure as the shadowwalkers are pushed to the limit to protect Caldera. Perfect for fans of Warriors and Spirit Animals.

When the shadowwalkers were victorious in their battle against the Ant Queen, they hoped their work to save Caldera was done. But the rainforest has begun to rumble.

Rumi, a scholarly tree frog who can control the wind, must bring his band of animal friends to face the greatest danger they’ve yet encountered—the giant volcano beneath the jungle itself. While the volcano roars, rumors of a mysterious evil blanket Caldera—the Elemental of Darkness has emerged and is building a legion of followers.

When the shadowwalkers are forced to divide and conquer, Rumi finds himself an unlikely leader and must grapple with his own secrets before he can unlock the full scope of his magical powers. Can Rumi rally the shadowwalkers to save their rainforest home? 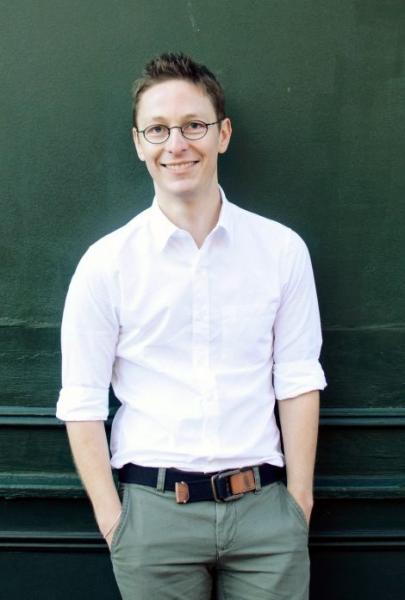 Eliot Schrefer is a New York Times bestselling author, has twice been a finalist for the National Book Award in Young People’s Literature, and has won the Green Earth Book Award and the Sigurd F. Olson Nature Writing Award for Children’s Literature. His novels include Endangered, Threatened, Rescued, Orphaned, two books in the Spirit Animals series, and the Lost Rainforest series. He lives in New York City, is on the faculty of the Hamline University and Fairleigh Dickinson University MFA in creative writing programs, and is the children’s book reviewer for USA Today. Visit him online at www.eliotschrefer.com.

If you're unable to attend the event and would like a signed copy of The Lost Rainforest, please purchase the "Signed" version below.