Honor Moore, "Our Revolution" in Conversation with Ellen Chesler

A daughter’s memoir of her mother evolves beautifully into a narrative of the far-reaching changes in women’s lives in the twentieth century.

With the sweep of an epic novel, Our Revolution follows Jenny Moore, a charismatic and brilliant woman whose life changed as she became engaged in the great twentieth-century movements for peace and social justice. Born into Boston society in 1923 and the first woman in her family to go to college, she set aside writing ambitions to marry Paul Moore, a decorated war hero who became Bishop Paul Moore. Together they had nine children—"I wanted a baseball team," Jenny said, "or a small orchestra."

Rejecting a conventional path, the Moores moved to an inner-city parish in Jersey City and began their family while collaborating on a socially radical, multiracial ministry. In 1968, Jenny published her first book. "Everything was just starting," she protested—meaning an independent life inspired in part by the new feminist movement—when she was diagnosed with cancer at fifty.

Jenny bequeathed to her eldest daughter, Honor, then a twenty-seven-year-old poet, her unfinished writing. As Honor pursued her own career as a writer, she was haunted by her mother’s bequest. Decades later, she delves into Jenny’s pages and forges a new relationship with the passionate seeker and truth teller she finds there. Our Revolution is a vivid, absorbing account of two women navigating the twentieth century and a daughter’s story of the mother who shaped her life as an artist and a woman. 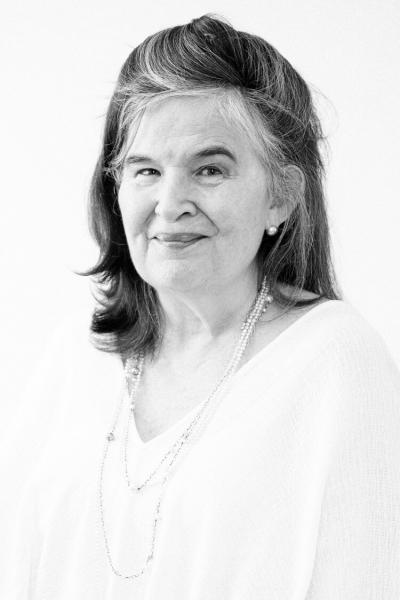 Honor Moore is the author of two previous memoirs, The Bishop's Daughter, a finalist for the National Book Critics Circle Award, and The White Blackbird, a New York Times Notable Book-as well as three collections of poems. She lives in New York City.

Trained as an historian, Ellen Chesler has spent much of her forty-five year career in government and philanthropy and is widely respected for the practical and intellectual perspectives she brings to the study of gender and public policy.  She is currently a Senior Fellow at the Roosevelt Institute, where she co-edited the anthology Women and Girls Rising: Progress and resistance around the world. For more than a decade prior, she was senior fellow and program director at the Open Society Institute, where she developed and executed the foundation’s multi-million dollar global investments in reproductive health and women’s rights. She is author of the critically celebrated Woman of Valor: Margaret Sanger and the Birth Control Movement in America, and has written numerous essays and articles for academic anthologies, prominent newspapers, journals, periodicals, and blogs. Early in her career, Ellen was chief of staff to New York City Council President Carol Bellamy, the first woman ever elected to citywide office in New York. She holds a BA from Vassar College and a Ph.D. in history from Columbia University.

Our Revolution: A Mother and Daughter at Midcentury (Hardcover)