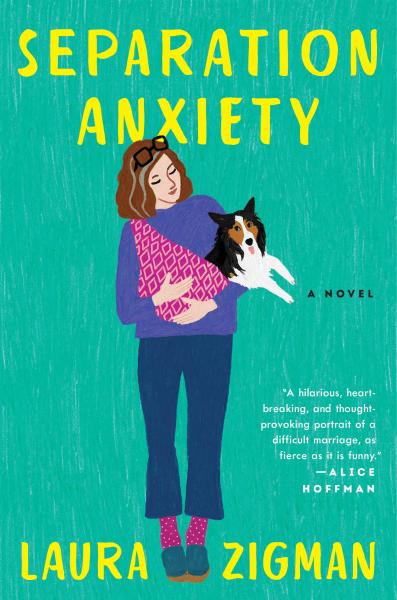 From bestselling author Laura Zigman, a hilarious novel about a wife and mother whose life is unraveling and the well-intentioned but increasingly disastrous steps she takes to course-correct her relationships, her career, and her belief in herself.

Judy never intended to start wearing the dog. But when she stumbled across her son Teddy’s old baby sling during a halfhearted basement cleaning, something in her snapped. So: the dog went into the sling, Judy felt connected to another living being, and she’s repeated the process every day since.

Life hasn’t gone according to Judy’s plan. Her career as a children’s book author offered a glimpse of success before taking an embarrassing nose dive. Teddy, now a teenager, treats her with some combination of mortification and indifference. Her best friend is dying. And her husband, Gary, has become a pot-addled professional “snackologist” who she can’t afford to divorce. On top of it all, she has a painfully ironic job writing articles for a self-help website—a poor fit for someone seemingly incapable of helping herself. 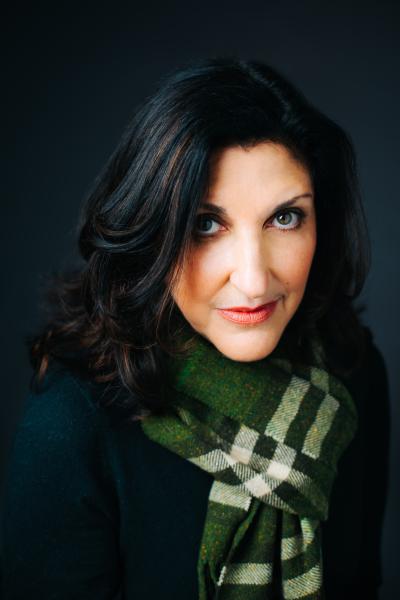 Wickedly funny and surprisingly tender, Separation Anxiety offers a frank portrait of middle-aged limbo, examining the ebb and flow of life’s most important relationships. Tapping into the insecurities and anxieties that most of us keep under wraps, and with a voice that is at once gleefully irreverent and genuinely touching, Laura Zigman has crafted a new classic for anyone taking fumbling steps toward happiness.

Laura Zigman is the author of Animal Husbandry (which was made into the movie Someone Like You, starring Hugh Jackman and Ashley Judd), Dating Big Bird, Piece of Work, and Her. She has been a contributor to the New York Times, the Washington Post, and the Huffington Post, produced a popular online series of animated videos called Annoying Conversations, and was the recipient of a Yaddo residency. She lives in Cambridge, Massachusetts, with her husband, son, and deeply human Sheltie. 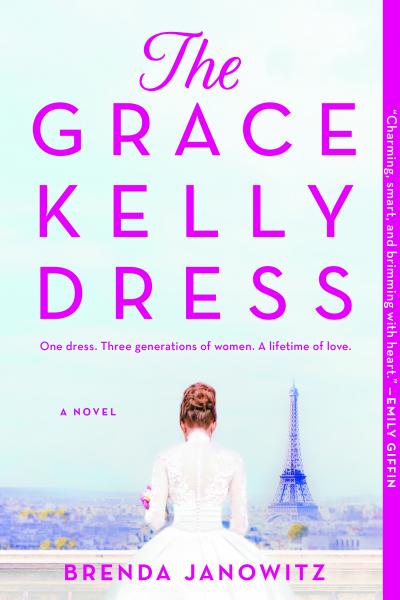 Two years after Grace Kelly’s royal wedding, her iconic dress is still all the rage in Paris—and one replica, and the secrets it carries, will inspire three generations of women to forge their own paths in life and in love in this beguiling new novel from Brenda Janowitz.

Paris, 1958: Rose, a seamstress at a fashionable atelier, has been entrusted with sewing a Grace Kelly—look-alike gown for a wealthy bride-to-be. But when, against better judgment, she finds herself falling in love with the bride’s handsome brother, Rose must make an impossible choice, one that could put all she’s worked for at risk: love, security and of course, the dress.

Sixty years later, tech CEO Rachel, who goes by the childhood nickname “Rocky,” has inherited the dress for her upcoming wedding in New York City. But there’s just one problem: Rocky doesn’t want to wear it. A family heirloom dating back to the 1950s, the dress just isn’t her. Rocky knows this admission will break her mother Joan’s heart. But what she doesn’t know is why Joan insists on the dress—or the heartbreaking secret that changed her mother’s life decades before, as she herself prepared to wear it.

As the lives of these three women come together in surprising ways, the revelation of the dress’s history collides with long-buried family heartaches. And in the lead-up to Rocky’s wedding, they’ll have to confront the past before they can embrace the beautiful possibilities of the future. 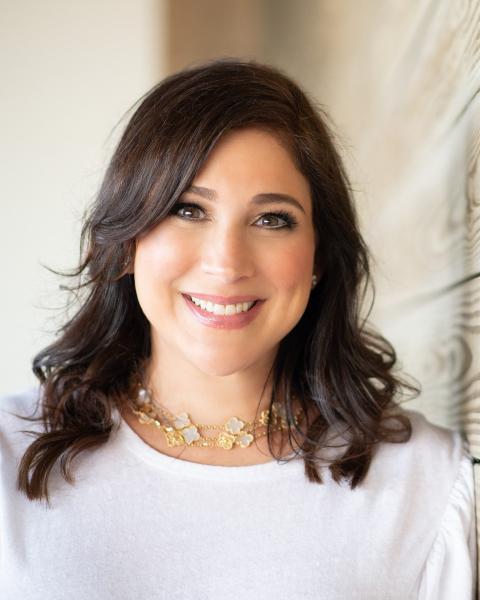 Brenda Janowitz is the author of five novels, including The Dinner Party and Recipe for a Happy Life. She is the Books Correspondent for PopSugar. Brenda's work has also appeared in the New York Times, USA Today, The Washington Post, Salon, Redbook, and the New York Post. She lives in New York.

If you're unable to attend the event and would like a signed copy of Separation Anxiety or The Grace Kelly Dress, please purchase the "Signed" version below.