Virtual: Lauren Tarshis, "I Survived: The California Wildfires 2018" & Jeff Foster, "For Which We Stand"

I Survived: The California Wildfires, 2018 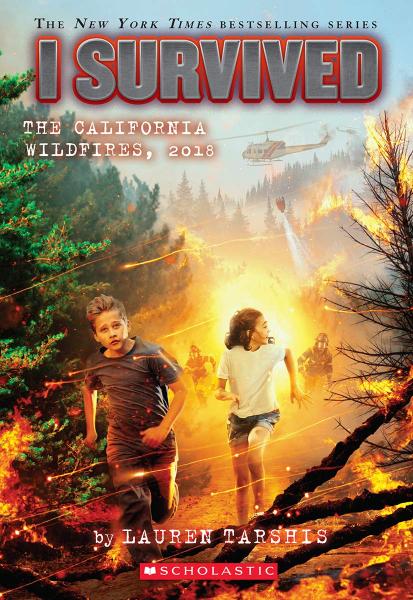 The I SURVIVED series has over 30 million copies in print! This historical fiction series tells the stories of iconic historical events—from the Revolutionary War to the sinking of the Titanic to the September 11 terrorist attacks—through the eyes of a fictional child whom young readers can relate to. I SURVIVED: The California Wildfires, 2018 is the landmark twentieth installment in this beloved and adventurous series. The people of Northern California were used to living with the threat of wildfires. But nothing could have prepared them for the devastating 2018 fire season, the deadliest in 100 years and the most calamitous in history. Lauren Tarshis' heart pounding story tells of two children who battle the terrifying flames and – despite the destruction – find hope in the ashes. 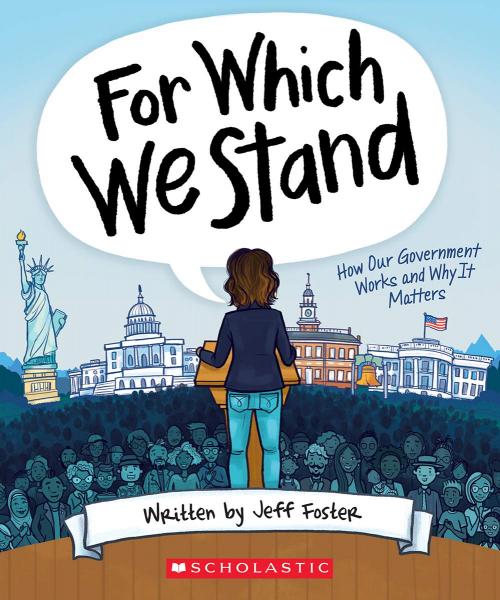 FOR WHICH WE STAND is a comprehensive and entertaining guide that answers questions like: What is the Constitution? What are the branches of the government? What is the Electoral College? What are the political parties? What are the different responsibilities of the city, state, and federal governments? Plus, discover the complete backstory on some of our government's most important moments, like why we wrote the Declaration of Independence, and how people since then have worked with—and protested against—the government to improve the lives of all Americans. Each spread features a mix of black-and-white and full-color art, including infographics, charts, maps, political caricatures, and other engaging visual elements that will be fun and easy for kids to understand. The book also includes a foreword from Yolanda Renee King, an activist and the granddaughter of Martin Luther King, Jr. and Coretta Scott King, plus lots of amazing back matter about how kids can participate and get involved.

Lauren Tarshis' New York Times bestselling I SURVIVED series tells stories of young people and their resilience and strength in the midst of unimaginable disasters and times of turmoil. Tarshis has brought her signature warmth and exhaustive research to topics such as the battle of D-Day, Hurricane Katrina, the bombing of Pearl Harbor, and other world events. In addition to being an acclaimed author, Lauren Tarshis is a mom as well as an editor of Scholastic Classroom Magazines, which includes Storyworks—an acclaimed national language arts classroom magazine. She lives in Connecticut with her family, and can be found online laurentarshis.com.

Jeff Foster is an Advanced Placement Government and Politics teacher at Marjory Stoneman Douglas High School in Parkland, Florida. His motto to his students has always been: “You can’t complain about government if you don’t participate.” After the tragedy that occurred at his school in February 2018, many students credited “Mr. Foster” with giving them the tools that inspired the Never Again movement and spawned the March for Our Lives. Jeff continues to motivate and inspire his students to become active participants in government. He believes that one person can make a difference, no matter their age. He lives in Boynton Beach, Florida with his wife Loren and two daughters, Lilly and Luciana.

For Which We Stand will include bookplates signed by author Jeff Foster.

REGISTERED ATTENDEES WILL RECEIVE A LINK TO THE VIRTUAL MEETING.

I Survived The California Wildfires, 2018 (I Survived #20) (Paperback)

For Which We Stand: How Our Government Works and Why It Matters (Paperback)