This event has been rescheduled from March 14.

All books will be available for sale during the event. 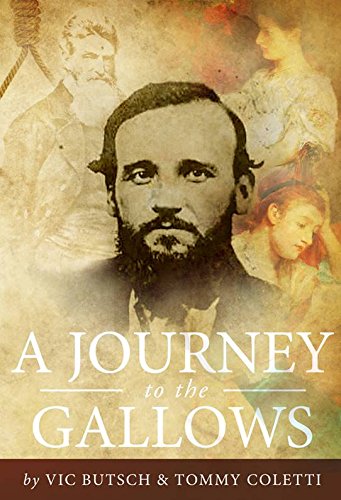 Vic Butsch and co-author Tommy Coletti, “A Journey to the Gallows”

Aaron Dwight Stevens ran away from his Norwich, Connecticut home two times. The first was when he was just a young man not yet 16 years old, but large and mature enough to go to Boston on his own. He convinced the 1st Massachusetts Regiment of Volunteers that he was old enough to fight in the war against Mexico. Dwight served with honor through the war narrowly avoiding capture and certain death. He returned home and mended the strained relations with his family, but after several years, he felt that he had to leave again.

The second and final time he left home he chose to join the elite Dragoons. Stevens was stationed in the New Mexico Territory. He also fell in love for the first time, but due to Dwight’s one continuous and troubling weakness, a very bad temper, he became embroiled in a drunken riot in Taos, New Mexico. Dwight was jailed in Taos by Sheriff Kit Carson. Later he was tried and sentenced to death. Fortunately, Dwight’s sentence was commuted by the Secretary of War, Jefferson Davis, to three years of hard labor in Ft. Leavenworth, Kansas. This was the lowest point in his life as he had lost everything including his one and only love, and there was no one to blame, but himself.

Dwight escaped from Ft. Leavenworth and lived with the Delaware Indians for several months. Following this period, he joined the 2nd Kansas Militia under a different name. As Charles Whipple, he became quite well known in “Bloody Kansas”, and it was during this time that he met and joined with John Brown. The two of them made a formidable team from that point on and helped our country change forever.

Vic Butsch was born and raised in South Bend, Indiana, attending John Adams High School. Gifted with some ability in sports, Butsch enjoyed playing Football, Baseball and Basketball all four years. Graduating from Augustana College in Rock Island, Illinois, in 1969, Vic prepared to be a teacher, and instead joined the Army Reserves. Spending the bulk of his career at Electric Boat in Groton, Connecticut, Vic has fulfilled 42 years of hard work and dedication working in Submarine Construction. 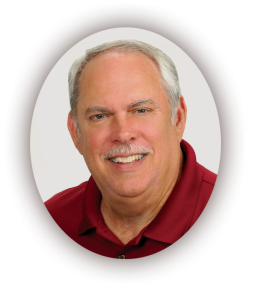 He has gone on to teach Civil War classes in the Norwich adult education program, is a board member of the Norwich Historical Society, and is the Program Director for the Norwich area Civil War Round Table. Currently, Vic lives in Norwich, Connecticut with his wife Gail, and has four children- three sons and a daughter who are now all adults with families of their own. Vic also has two stepsons and five grandchildren. 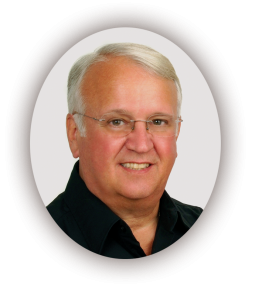 With a passion for writing, Coletti has authored 3 published works thus far- Special Delivery, Dishonorably Interred and Liam’s Story. The fourth addition to his literary repertoire ‘A Journey to the Gallows’ will launch early 2015 through Next Century Publishing. He lives in Sprague, Connecticut with his wife Donna, and their four children. 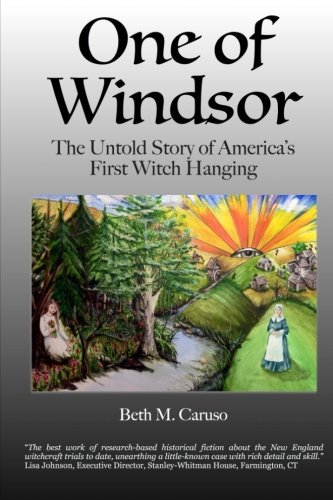 Alice, a young woman prone to intuitive insights and loyalty to the only family she has ever known, leaves England for the rigid colony of the Massachusetts Bay in 1635 in hopes of reuniting with them again. Finally settling in Windsor, Connecticut, she encounters the rich American wilderness and its inhabitants, her own healing abilities, and the blinding fears of Puritan leaders which collide and set the stage for America’s first witch hanging, her own, on May 26, 1647. This event and Alice’s ties to her beloved family are catalysts that influence Connecticut’s Governor John Winthrop Jr. to halt witchcraft hangings in much later years.

Paradoxically, these same ties and the memory of the incidents that led to her accusation become a secret and destructive force behind Cotton Mather’s written commentary on the Salem witch trials of 1692, provoking further witchcraft hysteria in Massachusetts forty-five years after her death. The author uses extensive historical research combined with literary inventions, to bring forth a shocking and passionate narrative theory explaining this tragic and important episode in American history and in the life of Alice (Alse) Young, America's first witch hanging victim.

Beth M. Caruso loves the detective work behind the story as well as the creative process. Both combine quite nicely in her novel One of Windsor: The Untold Story of America's First Witch Hanging. 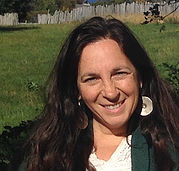 She also infuses her passion and penchant for medicinal plants, history, and detailed research into her work. Right now she's probably hanging out with her family of cats, dog, and humans plotting her next project. 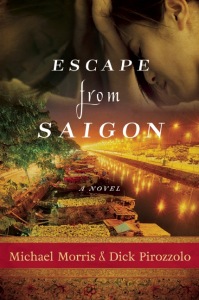 Escape from Saigon follows various people trapped in the besieged city. Among them are a former GI attempting to rescue his Vietnamese wife’s terrified relatives; a Vietnamese-American television reporter whose conflicted heritage threatens her future; an American businessman risking his life to smuggle out his employees; and the last remaining U.S. diplomatic personnel in Saigon, including the ambassador, military liaisons, and CIA operatives. The NVA onslaught is spearheaded by two officers—one intent on maintaining military restraint, the other bent on revenge and will sweep up families, friends, and comrades in this final chapter of a war that has already taken millions of lives.

Escape from Saigon is a story of a city and its inhabitants struggling to survive in its most desperate hours—a tale that stays true to the historic record while recounting moments of human hardship, courage, and triumph.

Dick Pirozzolo served during the Vietnam War as a U.S. Air Force information officer in Saigon, where he was a media spokesperson and participant at the daily press briefings nicknamed “The Five O’clock Follies.” He developed a lasting affection for Vietnam and its people, figuring prominently in fostering U.S.-Vietnam post war reconciliation and trade.

His articles on Vietnam have appeared in the Boston Herald, Transpacific, The Washington Times and Destination Vietnam to name a few publications. He is a member of the Foreign Press Association and serves on the editorial board of Boston Global Forum, a think tank with ties to Harvard University that advances peaceful solutions to global conflict and fosters cultural, commercial, and political ties with Vietnam. Dick is managing director of Pirozzolo Company Public Relations, an international communication consulting firm in Boston.

All books will be available for sale during the event.